Is North Korea reopening its China border for much-needed trade? 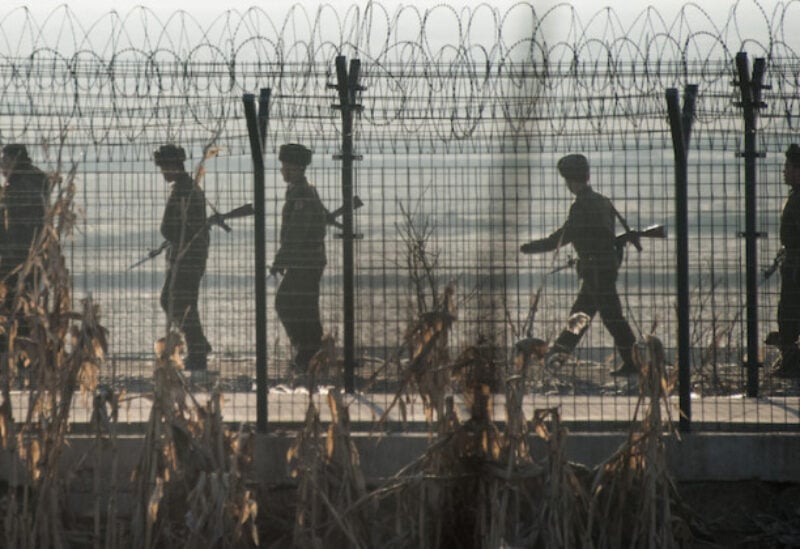 Two North Korean freight trains were seen in the Chineits frontiers to much-needed supplies of food and medicine.
The two trains were caught on camera in railway sidings in Dandong, although the freight cars were covered, and it was not clear what they were carrying before they returned over the Yalu River.

North Korea ordered that its borders to the outside world be shut in January 2020 due to concern that the coronavirus could be brought into the country from China. Beyond the elite in the regime, health care for the vast majority of the 25.8 million residents of the North is rudimentary at best and hospitals would have been ill-equipped to cope with a major outbreak of the virus.
The government in Pyongyang has consistently claimed there have been zero cases of the virus detected in the North, although health experts insist that is unlikely.

The closure of the borders has caused even more hardship in a nation that was already struggling with food shortages.
North Korea has long depended on its giant neighbor and ally for everything from basic foodstuffs to medicine, fuel, chemical fertilizers, and the components to keep its factories and vehicles functioning.

Chinese customs data for December indicate that goods worth just $320 million (€282 million) were shipped to North Korea in 2021, the lowest figure for more than a decade.

“We know that there are severe shortages of food and other everyday necessities in the North, but I do not think we can interpret these two trains as evidence of a general reopening of the border,” said Ahn Yinhay, a professor of international relations at Korea University in Seoul.

“It is clear that the government there is very afraid of the coronavirus, especially the new omicron variant because it spreads so easily, and they know it will cause serious problems if it does penetrate their borders. They are doing everything they can [to keep it out],” she told DW.

Ahn added that the regime of Kim Jong Un might also be taking advantage of the virus to clamp down further on North Korean society and impose tighter controls on the border. There are reports that a shoot-to-kill order has been passed on to guards on the frontier charged with halting defectors and smugglers attempting to earn a living by trading illicitly with China.

But the primary motivation for sending trains to bring in goods from China may be Kim’s need to keep the elites in North Korean society content.
“There are some very important anniversaries coming up on the North Korean calendar and traditionally goods are given out to the people to celebrate,” she said.

Daniel Pinkston, a professor of international relations at the Seoul campus of Troy University, concurs that the two shipments are unlikely to herald the full opening of the border to imports and pointed out that satellite images had shown the trains spent a significant amount of time in a newly completed decontamination facility on the North Korean side of the border after their return.

“Two trains in such a short space of time is unprecedented in the last couple of years and there is a good deal of speculation about what they would be carrying back to the North. But the timing makes me think it is gifts linked to these upcoming anniversaries,” he told DW.

In years gone by, the gifts have included cooking oil, biscuits and sweets for children, although Pinkston points out that basic medicines and fuel for household use appear to be in particularly short supply this winter and would be most welcomed by the Kim administration.

“North Korea has been running a chronic trade deficit for many years. There is no foreign direct investment or loans from the international community, so the question also has to be how is Pyongyang paying for these goods?” Pinkston added.

“It will be interesting to find out what the regime has distributed on these upcoming red-letter days, as well as the amounts and their quality. But I’d like to know how a country that has been defying economic gravity for decades continues to get away with it,” he added.se border city of Dandong has given rise to speculation that Pyongyang may be cracking open