Israel Requires COVID Tests for Children Aged Three and Up 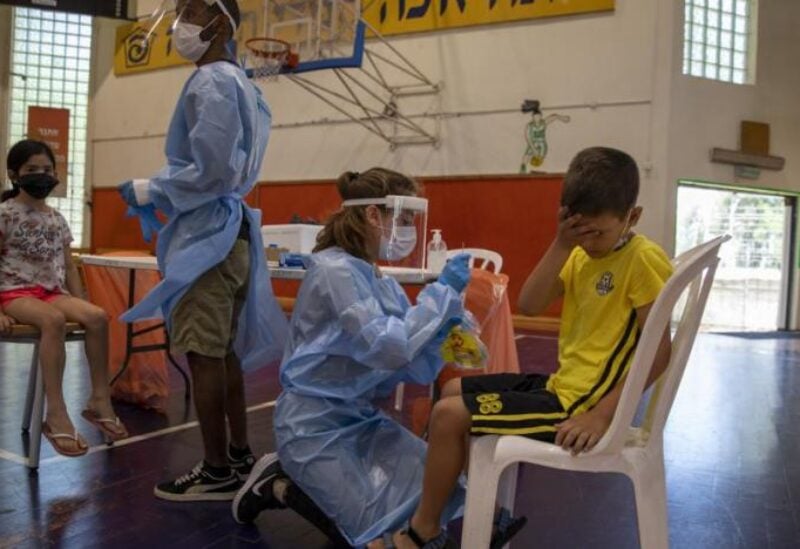 Israel is to require Covid tests from next week for children as young as three to enter schools, swimming pools, hotels or gyms as infections surge despite extensive adult vaccinations.

Israel already required children aged 12 and over to show a Green Pass re-introduced late last month showing a person’s vaccination and testing status and whether they had recovered from Covid.

Screening at these stations costs 52 shekels (around 17 euros) and allows those tested to obtain a Green Pass valid for 24 hours. On Thursday, Bennett announced that Israel was also considering lowering the age limit for its campaign of booster vaccinations, currently offered only to those aged 60 and over.

“I estimate that this evening we will receive approval from the team on dealing with pandemics to vaccinate a lower age bracket with the booster, the third inoculation,” the 49-year-old said. “Therefore, you must prepare to expand the range of ages for the third inoculation next week.”

The booster vaccinations offered by Israel and some other countries have drawn criticism from the World Health Organization, which has said the global priority should be providing the standard inoculation to all. Israel has also announced mandatory quarantine for travellers, vaccinated or not, arriving from most countries of the world beginning Monday.

A country of nine million inhabitants, Israel was one of the first to launch a nationwide vaccination campaign in December, thanks to an agreement with the pharmaceutical giant Pfizer.

The deal gave Israel quick access to millions of shots in exchange for medical data on the vaccine’s effects. The campaign saw infection rates plummet, which allowed Israel to resume an almost normal routine, with schools, bars and concert venues open. However, the more contagious Delta variant of the virus has driven a rise in cases to levels not seen since February.

The health ministry said Thursday it had recorded 5,946 new cases the previous day. In total, it has counted 921,083 cases and 6,593 deaths since the pandemic started early last year.