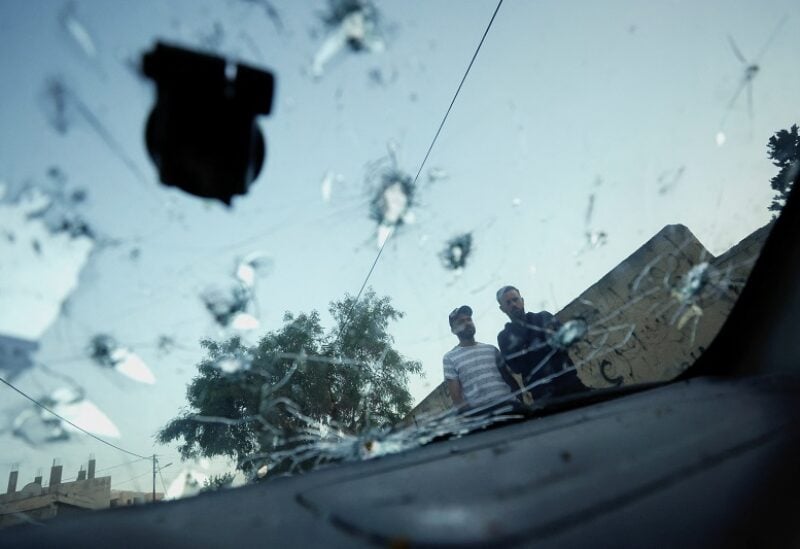 Three Palestinians were killed and eight others wounded, when Israeli forces launched a military operation in the occupied West Bank, the Palestinian Health Ministry said.
The ministry did not say how the casualties occurred.
Palestinian media quoted witnesses as saying Israeli troops opened fire at a car in the northern West Bank town of Jenin and killed three passengers.
Heavy exchanges of gunfire were heard in videos circulated on social media before the incident involving the car. Afterward, footage on social media showed a bullet-riddled vehicle with bloodstains and residents inspecting it.
There was no immediate comment from the Israeli military, which carries out frequent overnight raids in Palestinian-controlled parts of the West Bank to arrested suspected and wanted Palestinian militants. Most of the arrest raids were in Jenin, the hometown of several Palestinian assailants who took part in a recent string of attacks that killed at least 19 Israelis.
Hundreds of angry residents gathered outside a Jenin hospital, chanting slogans of “God is Great” and calls for revenge, before carrying the three bodies on stretchers and walking through the town in a spontaneous protest.