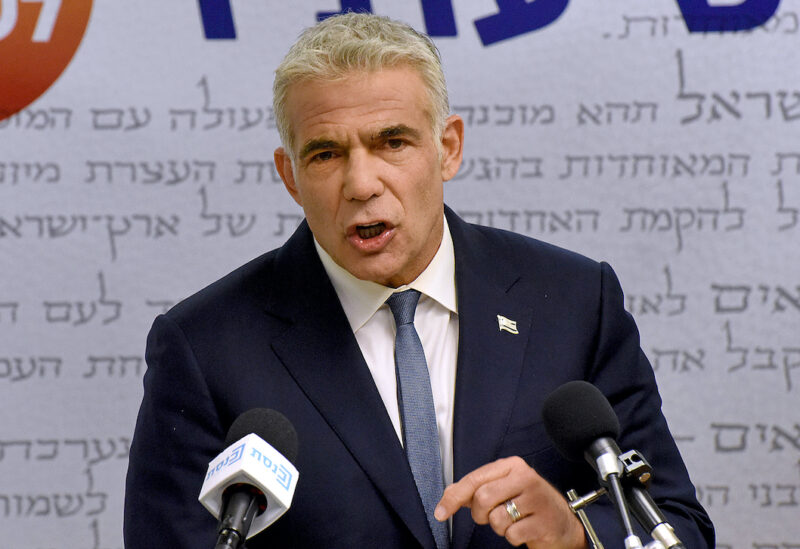 Israel’s opposition leader Yair Lapid says he has managed to form a broad-based coalition that includes far right, pro-settler Israel nationalists as well as a Palestinian party to unseat Benjamin Netanyahu and end the reign of the longest-serving prime minister in the country’s history.

If ratified by parliament in a confidence vote in the coming week, the new Israeli government will make history by becoming the first to include an Arab party after Mansour Abbas, head of the coservative Raam, signed the agreement.

It would also end the long reign of the hawkish right-wing leader known as Bibi, who has long dominated Israeli politics.

“I succeeded,” Mr Lapid, a former TV news anchor, wrote on Facebook. “I promise that this government will work in the service of all of the citizens of Israel, those who voted for it and those who did not.”

The right-wing nationalist tech millionaire Naftali Bennett, 49, would serve first as prime minister in a rotation agreement, with Mr Lapid to take over after two years.

“With the help of God, we will do together what is good for Israel and we’ll get Israel back on track,” Mr Bennett told Israel’s President Reuven Rivlin after Mr Lapid had informed Rivlin of their coalition.

The opposition leader and his partners now have at least a week before lawmakers must vote to confirm their government – a period during which Netanyahu and his Likud party are expected to try to do what they can to prevent it.

Should last-minute defections scupper the “change” alliance, Israel would likely have to hold yet another election, the fifth in just over two years.

To build the anti-Netanyahu bloc, Mr Lapid had to sign individual agreements with seven parties.

Who is in the new Isreali coalition?

Also part of the alliance are the Labour party, the dovish Meretz party, and the centrist Blue and White party of Defence Minister Benny Gantz, who unsuccessfully challenged Mr Netanyahu in three previous votes.

Mr Gantz, who tweeted it was a “night of great hope,” headed to Washington for pre-scheduled talks Thursday on Iran with US officials including Secretary of State Antony Blinken.

The change alliance also includes the Arab Israeli Islamic conservative party Raam, whose head Mansour Abbas late on Wednesday announced that he had joined in order to secure funding and policies to benefit Israel’s 20 per cent minority of Palestinian descent.

“I just signed an agreement with Yair Lapid so that he can declare that he can form a government after reaching … agreements on various issues that serve the interest of Arab society,” he said.

Other Arab lawmakers supported the late prime minister Yitzhak Rabin from outside his coalition in the 1990s, but Mr Abbas was the first Arab politician in Israel to openly bargain for a role in the coalition, said political analyst Afif Abu Much. The National