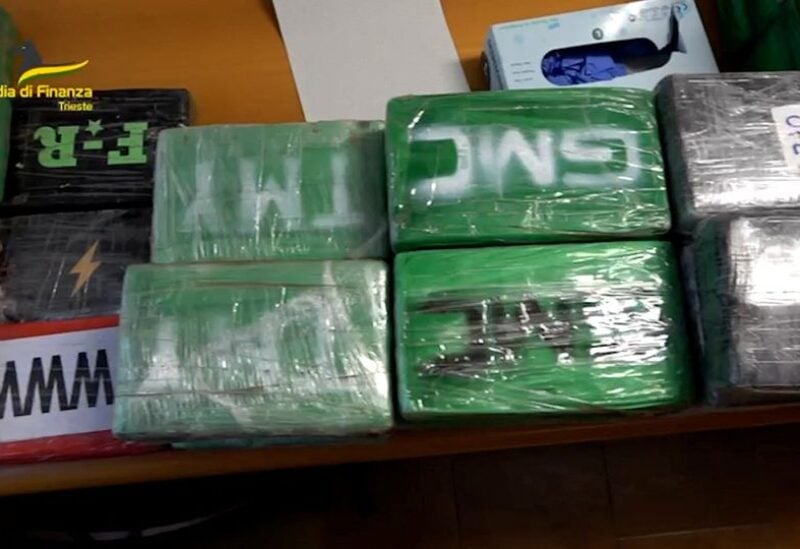 Police said it was one of the largest such seizures in Europe and came at the end of an international investigation that resulted in arrest warrants being issued for 38 people in six countries: Italy, Slovenia, Croatia, Bulgaria, the Netherlands and Colombia.

The investigation lasted more than a year and involved both the Colombian judiciary and U.S. Homeland Security. Besides the cocaine, police also confiscated 1.85 million euros in cash.

Colombian authorities said last November they were focused on breaking up the Clan del Golfo gang, whose network extends to 28 countries around the world, after the capture of the group’s leader, Dairo Antonio Usuga, alias “Otoniel”, in October.

They said their work had uncovered a “dense network” of ties between South American cocaine producers and European buyers, who answered to organised crime groups operating across Italy, including in Calabria, home of the ‘Ndrangheta mafia.

They said police had followed 19 consecutive deliveries of drugs from May last year, enabling them to identify “important middlemen” in the global drug trafficking system and a “substantial number” of carriers.

Further details were due to be given at a news conference later on Tuesday.