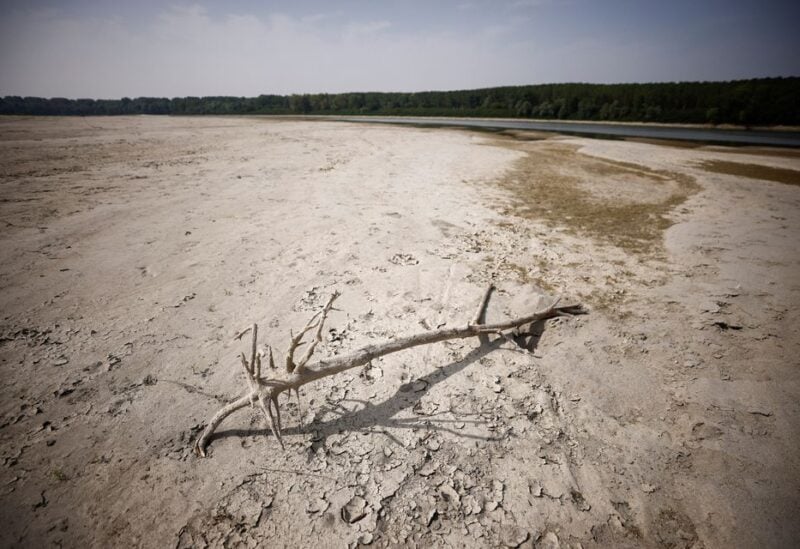 A view shows Po's dry riverbed, as parts of Italy's longest river and largest reservoir of freshwater have dried up due to the worst drought in the last 70 years, in Malcantone, near Ferrara, Italy June 23, 2022. REUTERS/Guglielmo Mangiapane

Italy on Monday proclaimed a state of emergency for the Po River basin, which is now experiencing its worst drought in 70 years and provides about a third of the nation’s agricultural output.

The government decree will enable officials to bypass bureaucracy and take rapid action if they deem it necessary, such as imposing water rationing for residences and commercial establishments.

The Po is Italy’s longest river which runs for more than 650 km (400 miles) through the wealthy north of Italy. However, many stretches of the waterway have run dry and farmers say the flow is so weak that sea water is seeping inland, destroying crops.

The government said in a statement that the emergency measures would cover lands that bordered the Po and the water basins of the eastern Alps.

“The state of emergency is aimed at managing the current situation with extraordinary means and powers, with relief and assistance to the affected population,” the government said.

It added that further measures could be taken in future to deal with the drought which water authorities say is increasingly impacting central Italy after an extremely dry winter and spring followed by an exceptionally hot early summer.

Italian media have reported that Prime Minister Mario Draghi was also considering appointing a commissioner to coordinate the drought response, in a similar way to which the government created a commissioner to oversee the coronavirus crisis.