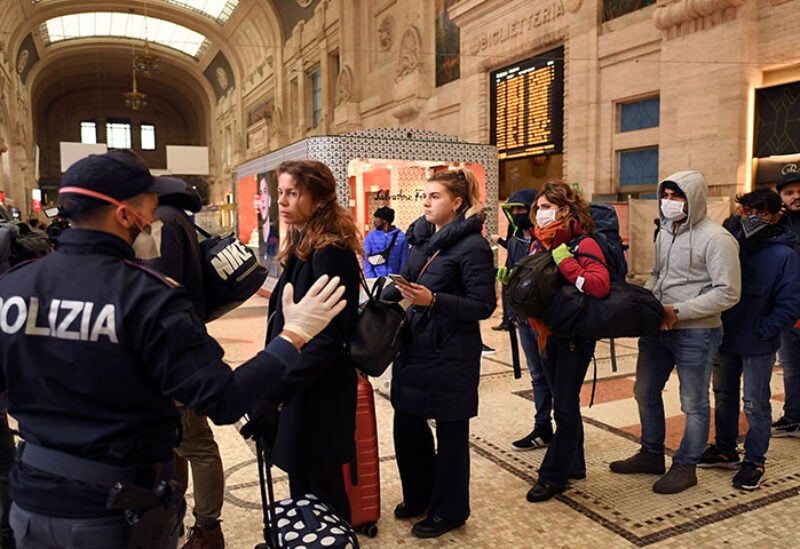 Mario Draghi’s government expects Italy’s virus-hit economy to grow by 4.1 percent this year and 4.3 percent in 2022, three sources close to the matter told Reuters ahead of official publication of the new forecasts next month.

The 2021 forecast is a steep downward revision from the 6 percent growth that had been penciled in by the previous government of Giuseppe Conte, which collapsed in January, while the 2022 projection is above Conte’s target of 3.8 percent.

Both forecasts remain above those of the European Commission, the International Monetary Fund and the Bank of Italy, which all currently see Italian growth below 4 percent this year and next.

Italy’s economy, which shrank by a post-war record of 8.9 percent in 2020, is still struggling under the weight of the coronavirus pandemic. Much of the country remains in lockdown to try to tame a third wave, with around 20,000 new infections a day.

Italy has reported around 108,000 COVID-19 deaths, the seventh highest tally in the world.

The new growth forecasts, along with updated public finance targets, will be contained in the Treasury’s Economic and Financial Document (DEF) to be published by mid-April.

This forms the preliminary framework for the 2022 budget and must be sent to the European Commission for approval.

The forecasts are subject to ongoing government discussions and could still change marginally before their publication, the sources cautioned.

Moreover, they are based on an unchanged policy scenario and so do not include the impact of a new stimulus package which the government intends to present next month.

The final growth targets will therefore be more ambitious, the sources said, also helped by plans to strengthen Italy’s Recovery Plan in order to obtain more than 200 billion euros ($235.34 billion) of EU funds.

Italy has consistently underperformed its European partners over the past two decades, with a long tradition of missed GDP targets. The last time it registered growth of more than 4% was in the late 1980s.

Repeated hikes to government spending to support the economy will probably drive Italy’s budget deficit close to 10% of national output this year from 9.5% in 2020, a Treasury official told Reuters this month.

This forecast will also be issued in the DEF and will mark an upward revision from the previous estimate of 8.8%.

The extra borrowing will also increase Rome’s huge public debt, the second highest in the euro zone after that of Greece and equal to 155.6% at the end of last year.