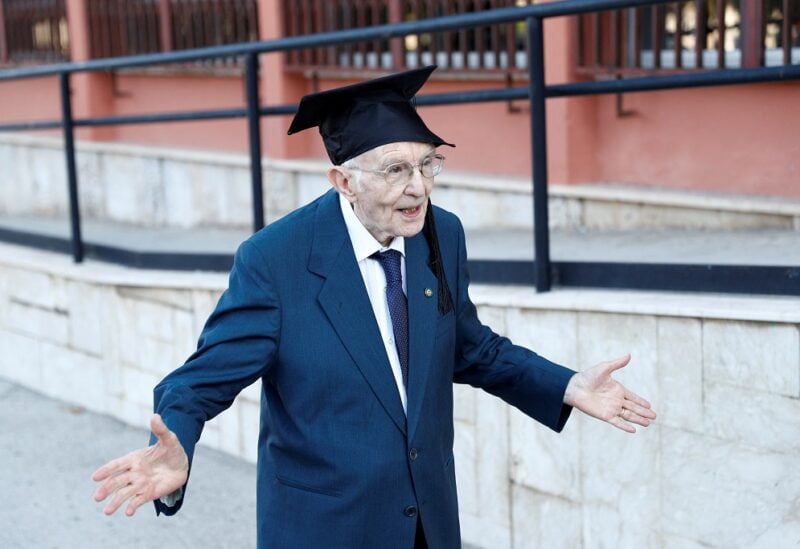 Giuseppe Paterno, 96, Italy's oldest student, celebrates after graduating from his undergraduate degree in history and philosophy during his graduation at the University of Palermo, in Palermo, Italy, July 29, 2020. REUTERS/Guglielmo Mangiapane/File Photo

Paterno’s original degree from the University of Palermo, which he received there two years ago, now includes a master’s in history and philosophy.

He passed the latest degree with top marks, again, his proud family said on Facebook.

He has no plans to rest and wants to write a novel using his trusty typewriter.

Born in 1923, Paterno grew up in a poor family in Sicily and despite his love of books and studying, he wasn’t able to go to university as a young man.

Instead he served in the navy during World War Two from the age of 20 and went on to be a railway worker.