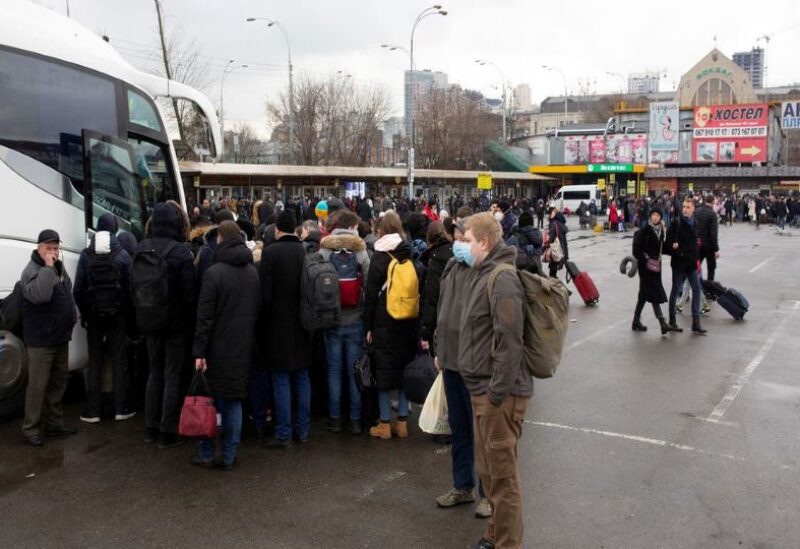 People gather at a bus station as they try to leave the city of Kyiv, Ukraine February 24, 2022

Prime Minister Mario Draghi requested that Russia “withdraw fully” from Ukraine on Thursday, adding that the pro-Western country’s invasion “concerns all of us, our life as free people, our democracy.”

Italy and its partners asked Russian President Vladimir Putin to “put a stop to the slaughter immediately and unconditionally remove his armed forces,” and Rome said it was “strengthening” its commitment to military deployment in “the most directly vulnerable” nations.

The Russian ambassador had been summoned earlier, according to the foreign ministry, for a “clear and unambiguous violation of international law” following what Rome called a “unjustified and reprehensible” assault.

Some have criticized Draghi for looking ambivalent about Western sanctions on Russia, claiming that they should not cover energy imports. Italy’s main gas source is Russia.

On Thursday, though, he stated that Italy was “totally united” with its allies and that it will vote “on a very harsh package of sanctions against Russia.”

“We have made it plain in every venue that if Russia… rejects our efforts to settle the problem via political means, we are prepared to inflict serious repercussions.” “Now is the time to put them into practice,” he remarked.

He stated that Rome will “do all it takes to protect Ukraine’s sovereignty, Europe’s security, and the integrity of the international order based on the laws and values that we all share.”