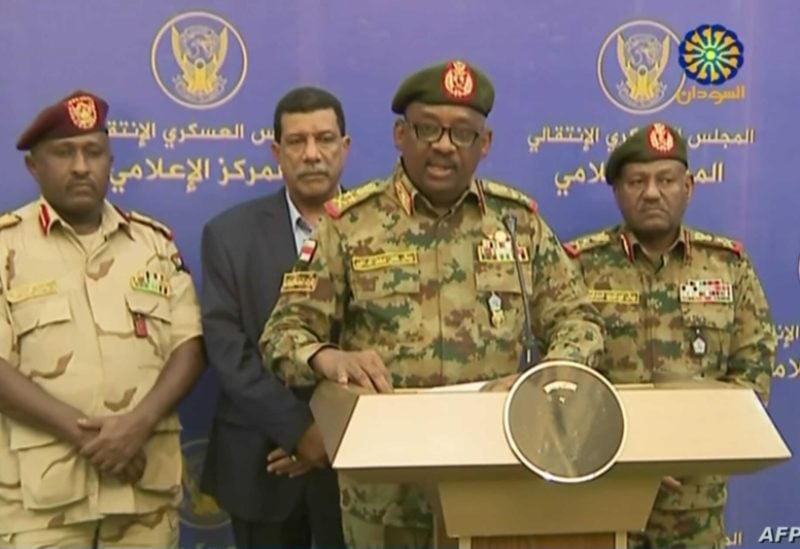 A grab from a broadcast on Sudan TV on July 11, 2019 shows General Jamal Omar (C), a member of Sudan's Transitional Military Council (TMC), delivering a speech in Khartoum. - Sudan's ruling military council foiled a coup attempt, the top general announced on state television late on July 11, 2019, saying that 12 officers and four soldiers had been arrested. The announcement came as the ruling military and civilian protesters agreed last week to end a political impasse after the army in April ousted longtime ruler Omar al-Bashir on the back of a popular uprising. (Photo by - / Sudan TV / AFP)

Former Sudanese president Omar Al-Bashir’ lawyer Hashim Abu-Bakr said on Sunday, that Al-Basjhir has been moved from prison to hospital to complete some medical treatment.
The 78-year-old has been in custody while he is being tried over the 1989 coup that brought him to power. He was ousted in an uprising in 2019.
His lawyers had on Tuesday petitioned the court to transfer him to hospital, saying blood pressure and kidney issues posed a threat to his life if left untreated in prison.
Images of Bashir walking round a hospital ward caused controversy earlier this year.