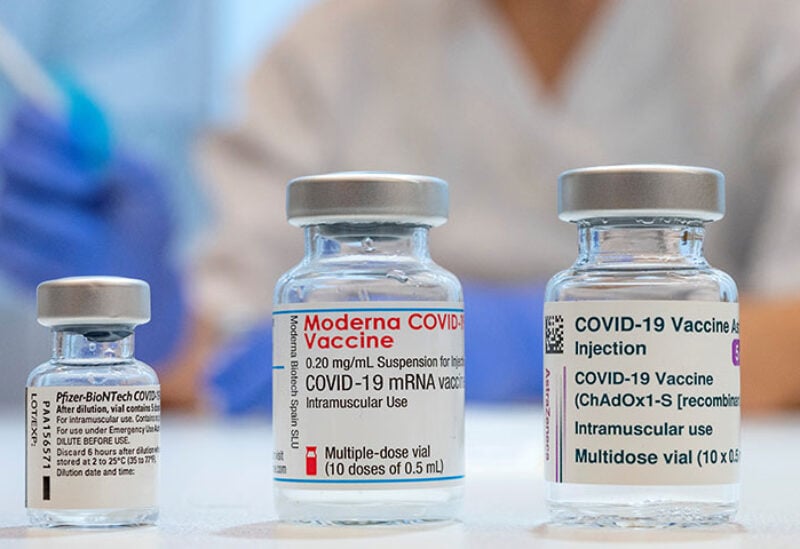 Japan officially approved Moderna and AstraZeneca’s COVID-19 vaccines on Friday, but the latter will not be used immediately because of concerns over very rare blood clots, the health ministry said in statement.

The decision comes just over two months before the pandemic-postponed Olympics, with growing disquiet in Japan about the country’s comparatively slow vaccine rollout.

Nine regions including Tokyo are already under a virus state of emergency, with the measure now being expanded to Okinawa in the south.

Until now, only the Pfizer-BioNTech was available in Japan, after being approved in February, and so far just two percent of the country’s 125 million residents are fully vaccinated.

But a spokesman said discussion would continue on use of the AstraZeneca vaccine “while monitoring the situation in other countries”.

Only medical workers and the elderly are so far eligible for vaccines, with no timeframe yet for expanding the rollout.

Two mass vaccination centers operated by the military will open next week in Tokyo and Osaka to administer the two-shot Moderna vaccine, initially to the over-65s.

There is no timeline yet for use of the AstraZeneca jab, which some countries have restricted or dropped from their vaccine campaigns over rare blood clot concerns, even though experts say the benefits outweigh the risks.

Moderna’s chief executive told the Nikkei newspaper on Friday that it was considering manufacturing the vaccine in Asia, possibly in Japan.

Nine regions including Tokyo are currently under a virus state of emergency that runs until May 31. But recent reports have suggested the measure could be extended for a second time.

And on Friday, the southern island region of Okinawa will be added to the areas under the emergency measures for a period running from Sunday until June 20.

Japan has agreements with drug firms to provide enough vaccines for its entire population, including Moderna doses for 25 million people, Pfizer for 97 million people and AstraZeneca doses sufficient to vaccinate 60 million people.