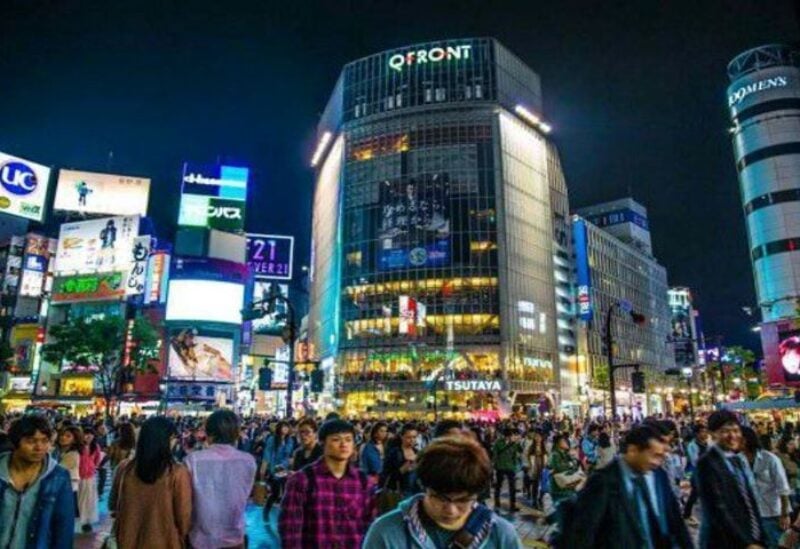 People walk at a crossing in Shibuya shopping area

The Nikkei business daily reported on Friday that Japan’s economic stimulus package will necessitate fiscal spending worth 40 trillion yen ($350 billion), and a draft of the spending plan reviewed by Reuters includes steps to alleviate the pain of rising oil prices.

Prime Minister Fumio Kishida, bolstered by an election victory last month, has pledged to put together a stimulus package “worth several tens of trillion yen” on Nov. 19 to help the world’s third-largest economy recover from the coronavirus.

As Kishida prioritizes recreation, the spending is likely to be financed by new debt, adding to the industrial world’s heaviest public debt, which is more than twice the size of Japan’s economy.

Analysts were taken aback by the larger-than-expected spending plan.

“The spending is far in excess of the 22 trillion yen output gap. (Kishida) must be under pressure to increase spending ahead of the upper house election next summer “Saisuke Sakai, senior economist at Mizuho Research and Technologies, concurred.

“This appears to be nothing more than pork-barrel spending.”

Despite higher spending, the impact on markets will be limited, according to Masahiro Ichikawa, chief market strategist at Sumitomo Mitsui DS Asset Management, because the Bank of Japan will keep borrowing costs low as part of its yield curve control policy.

Soaring global crude oil prices, as well as a chip shortage and supply-chain constraints, harmed a trade-dependent economy that was seen contracting in the third quarter as pandemic restrictions and supply bottlenecks hampered consumption and output.

“Steps will be taken to target sectors such as agriculture, forestry, and fisheries, as well as logistics firms that cannot function without the use of fuel.”

Other measures to be included in the package include steps to increase domestic semiconductor production as well as a 10 trillion yen ($87.5 billion) fund aimed at providing universities with more resources to boost science and technological research, according to the draft.