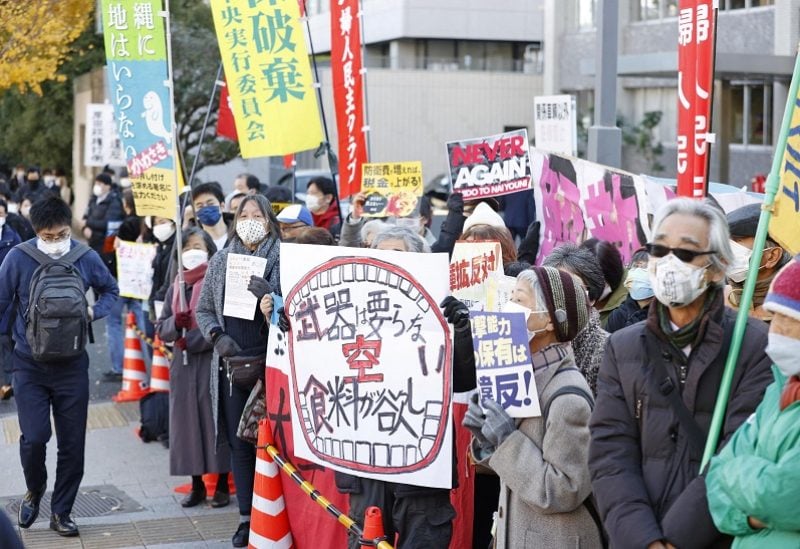 People protest against a tax hike plan for higher defense spending in front of the prime minister's office in Tokyo, Japan December 16, 2022, in this photo by taken by Kyodo via REUTERS ATTENTION EDITORS - THIS IMAGE WAS PROVIDED BY A THIRD PARTY. MANDATORY CREDIT. JAPAN OUT. NO COMMERCIAL OR EDITORIAL SALES IN JAPAN

Allowing its armed forces to acquire what it called “counterstrike capability,” Japan on Friday adopted an updated version of its national security strategy.

It also authorizes the government to “allocate about 43 trillion yen (approximately $315 billion) for defense budgets over five years from fiscal 2023.”

The new national security strategy views China as the “greatest strategic challenge,” and calls North Korea a “graver, more imminent threat than before” and Russia a “serious security concern.”​​​​​​​​​​​​​​