Japan to try US men accused of helping Ghosn flee 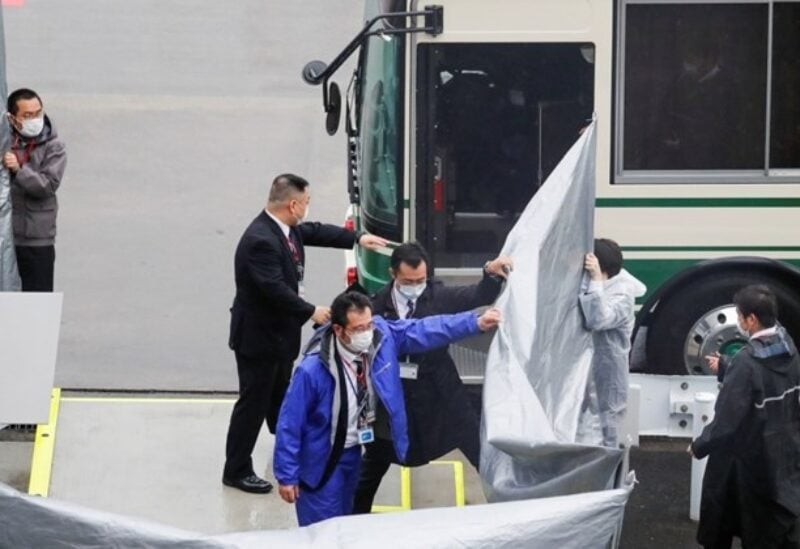 The development followed a months-long battle by lawyers for U.S. Army Special Forces veteran Michael Taylor and his son, Peter Taylor, to avoid being sent to Japan to faces charges they helped Ghosn escape the country in a box.

The U.S. Supreme Court last month cleared the way for the extradition of the Taylors, who have been in U.S. custody since their arrest in May. Paul Kelly, their lawyer, confirmed they were en route for Japan aboard a flight from Boston scheduled to arrive in Tokyo around 1600 local time (0700 GMT).

“This is a sad day for the family, and for all who believe that veterans deserve better treatment from their own country,” he said in a statement.

The two men will not be indicted immediately, but will likely faces charges once an investigation, which will start when they arrive in Japan, is concluded.

Japanese prosecutors have declined to say where the pair will be detained. One potential location is the Tokyo Detention House, the city’s main jail where Ghosn was held after his arrest.

The Taylors are alleged to have helped Ghosn flee Japan on Dec. 29, 2019, hidden in a box and on a private jet before reaching his childhood home, Lebanon, which has no extradition treaty with Japan.

Ghosn was awaiting trial on charges that he had engaged in financial wrongdoing, including by understating his compensation in Nissan’s financial statements and enriching himself at his employer’s expense through payments to car dealerships. Ghosn denies wrongdoing.

The Taylors, with the aid of a collection of high-powered lawyers and lobbyists, for months waged a campaign to press their case against extradition in the courts, media, State Department and White House.

The Taylors’ lawyers argued that their clients could not be prosecuted in Japan for helping someone “bail jump” and that, if extradited, they faced the prospect of relentless interrogations and torture.

Under Japanese law, suspects can be held for up to 20 days before being charged or released, and are not allowed to have their lawyers present during questioning by prosecutors. Once charged, defendants are often refused bail by courts.