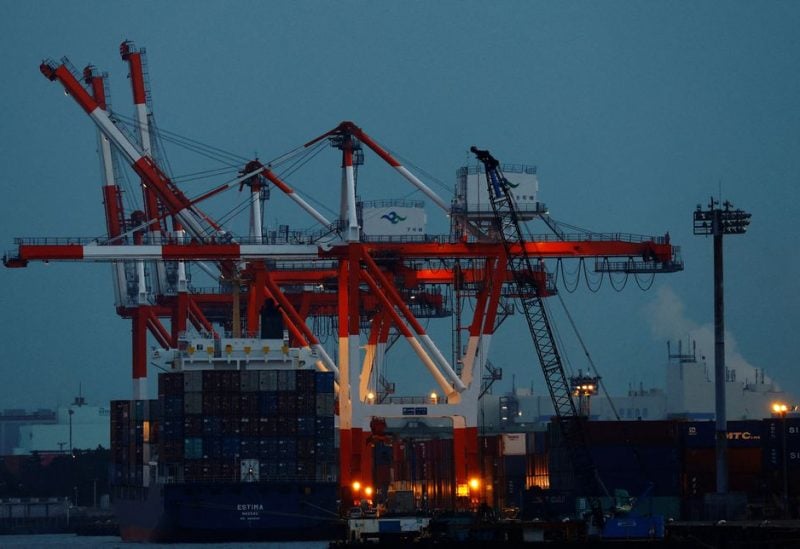 A cargo ship and containers are seen at an industrial port in Tokyo, Japan, February 15, 2022. REUTERS/Kim Kyung-Hoon

Japan’s economy unexpectedly contracted for the first time in a year in the third quarter, raising concerns about the outlook as global recession risks, a weak yen, and higher import costs weighed on household consumption and businesses.

Despite the recent lifting of COVID restrictions, the world’s third-largest economy has struggled to keep up with red-hot global inflation, sweeping interest rate increases around the world, and the Ukraine war.

Gross domestic product fell an annualised 1.2% in July-September, official data showed, compared with economists’ median estimate for a 1.1% expansion and a revised 4.6% rise in the second quarter.

It translated into a quarterly decline of 0.3%, versus a forecast of 0.3% growth.

Japan has also been dealing with the challenge of the yen’s slide to 32-year lows against the dollar, which has magnified cost-of-living strains by further lifting the price of everything from fuel to food items.

The lifting of COVID restrictions offered some relief, Minami said, but “the outlook was clouded by uncertainty” over fresh virus cases.

“While the rise of inbound tourists is a bright spot for October-December and beyond, we see downside risks from the rising price of goods and the fear of another outbreak,” he said.”

Cases have been on the rise in recent weeks in what some authorities have called the eighth wave in the course of the pandemic.

In a sign of asset outflows driven by the weak yen, Japan logged trading losses for a sixth straight quarter in the July-September period, amounting to real losses worth a record 19.7 trillion yen, the GDP data showed.

The risks to Japan’s outlook have risen as the global economy teeters on the brink of recession.

In the third quarter, private consumption, which makes up more than half of the Japanese economy, grew 0.3%, a touch above the consensus estimate for 0.2% growth but slowing sharply from the second quarter’s 1.2% gain.

The data suggested consumer spending will remain pressured over the coming months, with real compensation of employees falling 1.6% in the third quarter, posting a second straight quarter of declines and extending from previous quarter’s 1.2% decline.

“Growth should turn positive in Q4, amid a rebound in inbound tourism and a smaller trade deficit, but the eighth virus wave and rising inflation will limit the recovery,” said Darren Tay, Japan Economist at Capital Economics.

Tay noted that non-residential investment increased by 1.5% quarter-on-quarter, below consensus of a 2.1% rise and Capital Economics’ own estimate for a strong 3.0% growth rate.

Exports grew by 1.9% but were overwhelmed by hefty gains in imports, meaning external demand subtracted 0.7 percentage points from GDP.

Prime Minister Fumio Kishida’s government is stepping up support for households to try to ease the effects of cost-push inflation, with 29 trillion yen ($206.45 billion) in extra spending in the budget. The Bank of Japan has also maintained its ultra-loose monetary stimulus programme to help revive the economy.

“Japan will be dragged into a mild recession in H1 by a global downturn that will weigh on exports and business investment.”