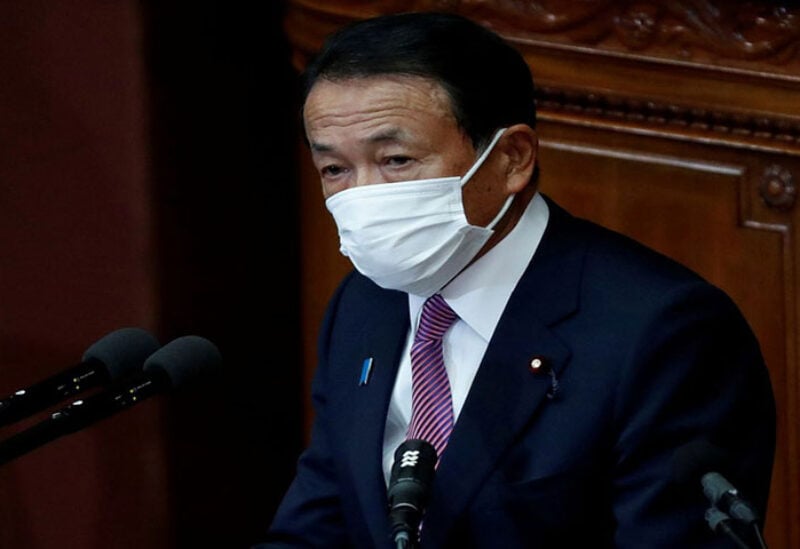 Japan’s Deputy Prime Minister and Finance Minister Taro Aso said that finance leaders from the Group of Seven rich countries have narrowed their difference of opinions over global taxation but they are unlikely to debate specific figures on minimum tax rates at their weekend meeting.

Aso said he is planning on a bilateral meeting with U.S. Treasury Secretary Janet Yellen on the sidelines of the June 4-5 G7 meeting in Britain, although the details weren’t finalized.

The G7 will vow this week to support their economies as they emerge from the pandemic and reach an “ambitious” deal on a minimum global corporate tax in July, a draft communique showed.

This tax would aim to solve the problem of large companies that generate huge revenues but pay very little tax because they set up offices for tax purposes in low-tax jurisdictions.

“I don’t think the June meeting would reach a debate on specific figures,” Aso told reporters after a cabinet meeting.

Asked about Japan’s position on minimum global tax and how he would address Japan’s stance in a meeting with Yellen at G7, Aso did not elaborate further, saying that the matter has not been put formally on agenda.

However, “the difference of opinions has narrowed over global taxation,” he added.