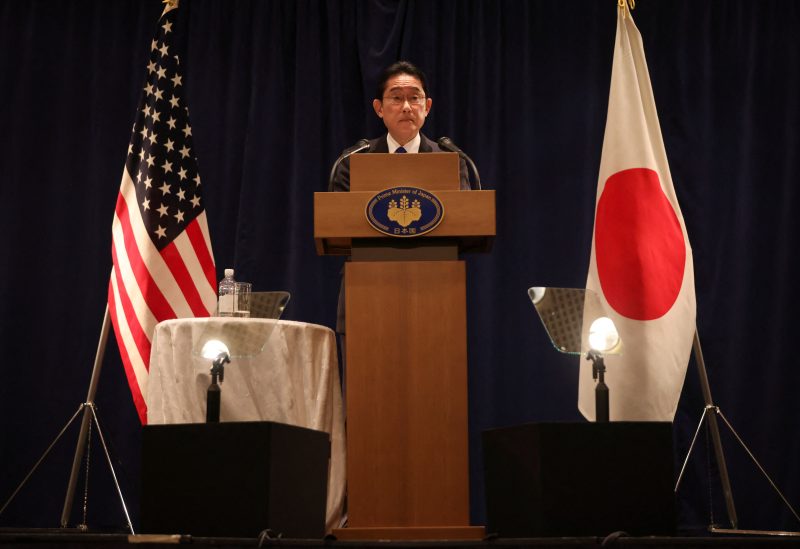 Japanese Prime Minister Fumio Kishida said on Sunday that he would appoint a new governor of the Bank of Japan next month, as markets wait to see if the central bank will abandon the ultra-low-rate policy of dovish Haruhiko Kuroda.

Kishida initially told a TV Tokyo program that he would choose Kuroda’s successor based on the economic situation in April, but when pressed, he admitted that this would most likely be in February, “considering parliament’s schedule.”

He did not elaborate.

Kuroda, whose five-year term ends on April 8, has stuck with policies aimed at stoking price rises and growth, even with inflation at 41-year highs and double the BOJ’s target, and as central banks elsewhere have been raising interest rates.

The terms of Kuroda’s two deputies end on March 19. The three nominations must be approved by both houses of parliament.

The BOJ stuck to its ultra-easy policy on Wednesday, defying investors who have recently sought to break the bank’s cap on the 10-year government bond yield. But with even Kuroda sounding bullish about wage rises, expectations are growing that the BOJ will end its expansionist experiment this year.

Last week’s test followed the BOJ’s surprise December decision to double the target band for the yield to 0.5% above or below zero.

Former BOJ board member Sayuri Shirai, an advocate of reviewing the current stimulus who is considered a candidate for deputy governor, said on Sunday the BOJ should make its government bond buying more flexible but that low interest rates are warranted.

There is also speculation about changes to a policy accord between the central bank and the government, in which the BOJ pledges to achieve its 2% inflation target as early as possible.

Kishida said it was too early to comment on whether the accord needed to be altered but said there will be no change to the “basic stance” that his government and the BOJ work together “to achieve economic growth that involves structural wage hikes and reach the price-stability target stably and sustainably”.