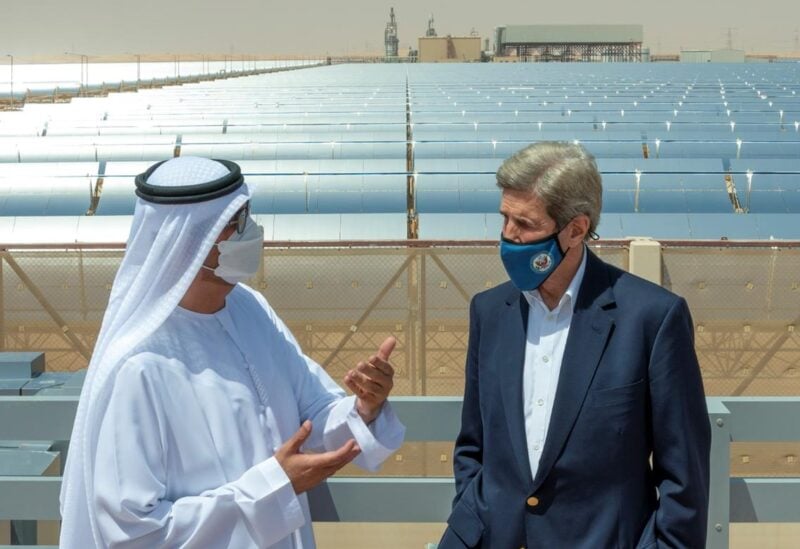 John Kerry visited Abu Dhabi’s Noor solar park on Saturday, on the first day of a trip to the Emirates.

The special presidential envoy for climate was given a helicopter tour of the facility, which is the largest single-site solar park in the world.

An image was shared by the office of the UAE special envoy for climate change, Dr Sultan Al Jaber, who accompanied Mr Kerry.

This is his first visit to the Middle East since being appointed to the role by US President Joe Biden.

Mr Kerry vowed to swiftly make up for America’s “lost years” in the fight to protect the environment.

The UAE has ambitious plans to rapidly increase the amount of energy it generates from renewable sources.

At the end of 2020, the country’s renewable capacity reached 2.3 gigawatts.

Alongside the Noor solar facility, which began generating power in 2019, there are four new projects that will drive this growth.

That facility is expected to become fully operational in 2022 and would generate enough electricity for about 160,000 homes.

Dubai currently has more than 1gigawatt of installed capacity – all of which comes from three phases at Mohammed bin Rashid Solar Park.