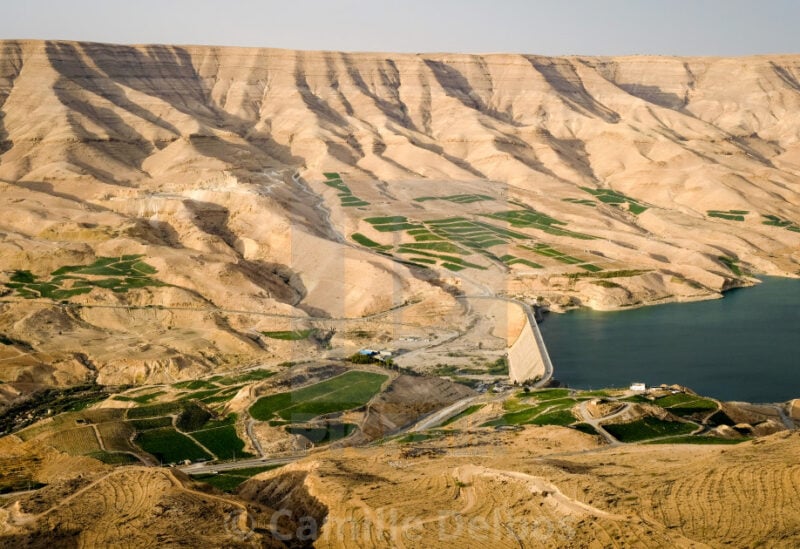 Putting the country on the verge of an unprecedented drought crisis should dry weather conditions persist, Jordan’s major dams are either completely empty or facing critically low water levels, amid a delay in rainfall.
Of the kingdom’s 14 major dams, three are now empty, according to officials, who said that emergency plans are being put in place to save farmers in the fertile Jordan Valley, known as the food basket of Jordan.
In recent remarks to Arab News, Omar Salameh, spokesperson of the water ministry, said that the Waleh, Mujib and Tanour dams in the southern desert regions have dried up due to crippling drought.
Salameh added that the King Talal and Wadi El Arab dams in the north are not yet empty, but are reporting critically low water levels.
“All in all, all the country’s dams have reached their lowest water levels due to extremely dry seasons over the past two years,” he said.
The official explained that the 2020-2021 rain season — from December to May — was “very low” and brought 60 percent less rainfall than the annual average.
“This coupled with high temperatures and high demand on water has led to all the consequences we are having now.”
However, citing data from the Jordan Meteorological Department, the official said that the delay in rainfall is “not exceptional” and that “it’s still too early to declare an emergency water situation.”
In a recent report, the JMD said that delayed rainfall is expected as a result of climate change, adding that rainfall in autumn makes up less than 20 percent of the total wet season.
Salameh said that the ministry has put in place short and long-term plans to address a possible dry season.
With low water storage in dams meaning less water to be portioned out to farmers, Minister of Agriculture Khaled Hneifat announced that farmers in the Jordan Valley are now permitted to drill wells to access groundwater for irrigation — a practice that was previously prohibited in the country.
During a recent meeting with the Lower House’s water and agriculture committee, Secretary General of the Water Authority of Jordan Bashar Bataineh said that Jordan’s water deficit in 2021 stands at 40 million cubic meters, of which half is in Amman, the densely populated capital of about 4 million people.
Head of the Jordan Valley Farmers’ Union Adnan Khaddam blamed the government for the “risky” water situation, adding that it “stood idly by and took no action.”
Khaddam was quoted in local media outlets as saying that the King Talal Dam, the largest in the kingdom, has reached “dangerously low levels.”
He added: “The dam covers 80 percent of the water needs of farmers in the Jordan Valley, but the available quantity in the dam is very low,” he said, warning of serious drought if rain does not arrive.