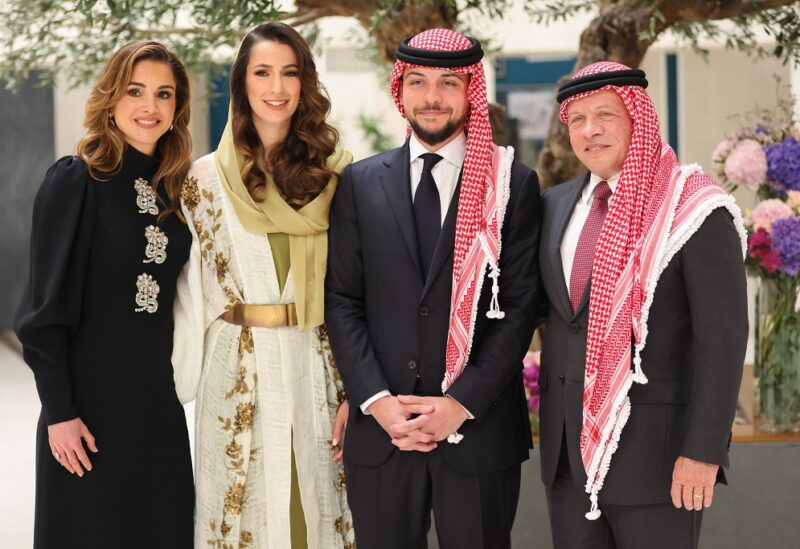 In the Kingdom’s capital of Riyadh, the Jordanian King Abdullah II, Queen Rania al-Abdullah, and the future bride’s family attended the engagement ceremony.

“I didn’t think it was possible to hold so much joy in my heart! Congratulations to my eldest Prince Hussein and his beautiful bride-to-be, Rajwa,” Queen Rania said in an Instagram post.