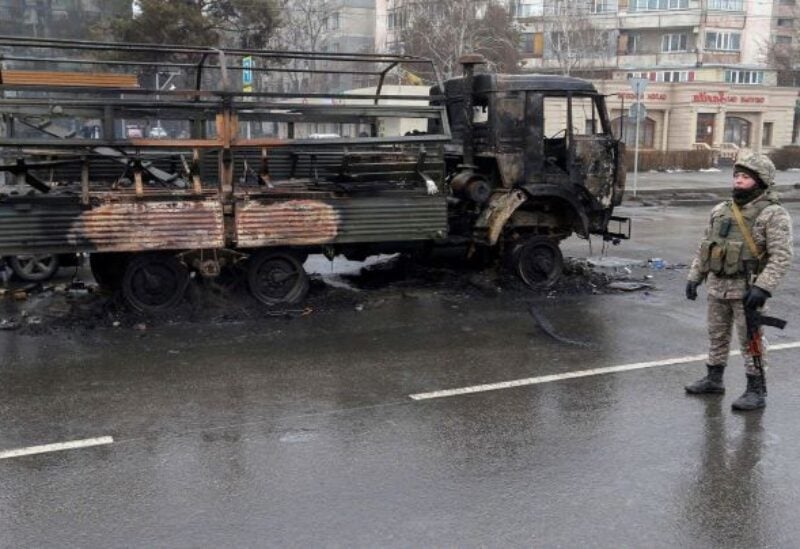 The presidential administration stated on Sunday that a number of “important sites” in Kazakhstan are under the protection of a Russia-led military coalition called in to restore order, amid the country’s bloodiest outbreak of violence in its 30 years of independence.

In the past week, dozens of people have been killed, thousands have been arrested, and public buildings have been set on fire across the Central Asian country, prompting President Kassym-Jomart Tokayev to issue shoot-to-kill orders to put an end to the unrest, which he blames on “bandits and terrorists.”

The Russia-led Collective Security Treaty Organization (CSTO) ordered soldiers to restore order at Tokayev’s request, an action that comes at a time when Russia-US relations are at an all-time high ahead of new discussions on the Ukraine problem.

“A number of strategic facilities have been transferred under the protection of the united peacekeeping contingent of the CSTO member states,” the presidential office said in a statement detailing a security briefing chaired by Tokayev.

It did not identify the facilities.

The administration said 5,800 people had been arrested in connection with the unrest, including a “significant number” of foreign citizens. It said the situation had stabilized in all regions.

The demonstrations in Kazakhstan began as a response to a fuel price hike before spiraling into a broad movement against Tokayev’s government and the man he replaced as president of the resource-rich former Soviet republic, Nursultan Nazarbayev.

Nazarbayev, 81, was the longest-serving ruler of any former Soviet state until he turned over the presidency to Tokayev in 2019. His family is widely believed to have retained influence in Nur-Sultan, the purpose-built capital that bears his name.

Tokayev removed Nazarbayev on Wednesday as head of the country’s Security Council, a role in which he had continued to wield significant influence.