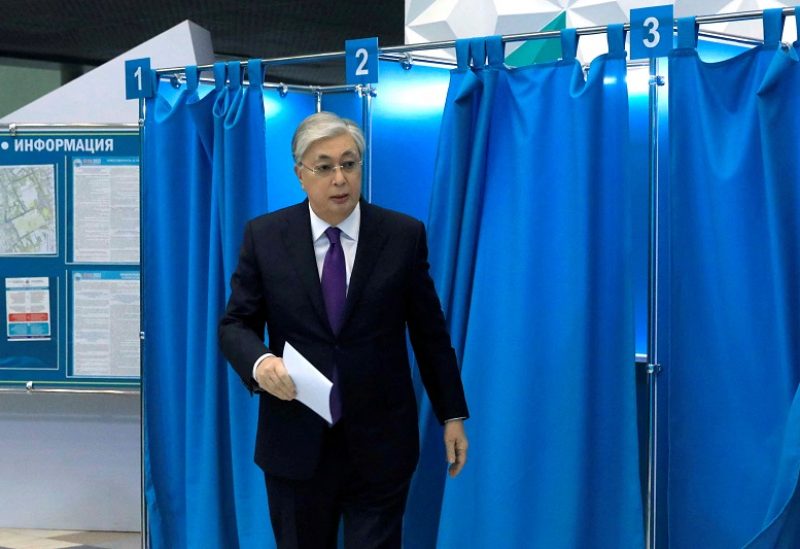 Kazakhstan's President Kassym-Jomart Tokayev walks out of a voting booth before casting his ballot at a polling station during presidential elections in Astana, Kazakhstan, November 20, 2022. Press Service of the President of Kazakhstan/Handout via REUTERS ATTENTION EDITORS - THIS IMAGE HAS BEEN SUPPLIED BY A THIRD PARTY. MANDATORY CREDIT. THIS PICTURE WAS PROCESSED BY REUTERS TO ENHANCE QUALITY. AN UNPROCESSED VERSION HAS BEEN PROVIDED SEPARATELY.

According to preliminary results on Monday, Kazakhstan’s incumbent President Kassym-Jomart Tokayev has won Sunday’s snap presidential election with over 81% of the vote.

The call for early elections was made by Tokayev in late September with a decree saying the polls would launch “an electoral cycle that will lead to a radical reset of the entire political system.”

The announcement came after Tokayev approved a constitutional amendment to increase the presidential term from five years from seven while barring future presidents from serving a second term.

Another move was changing the capital’s name back to Astana after it was changed to Nur-Sultan in 2019 in a tribute to outgoing President Nursultan Nazarbayev. Tokayev took over as president in March 2019, succeeding Nazarbayev, who ruled the oil-rich Central Asian nation for three decades.