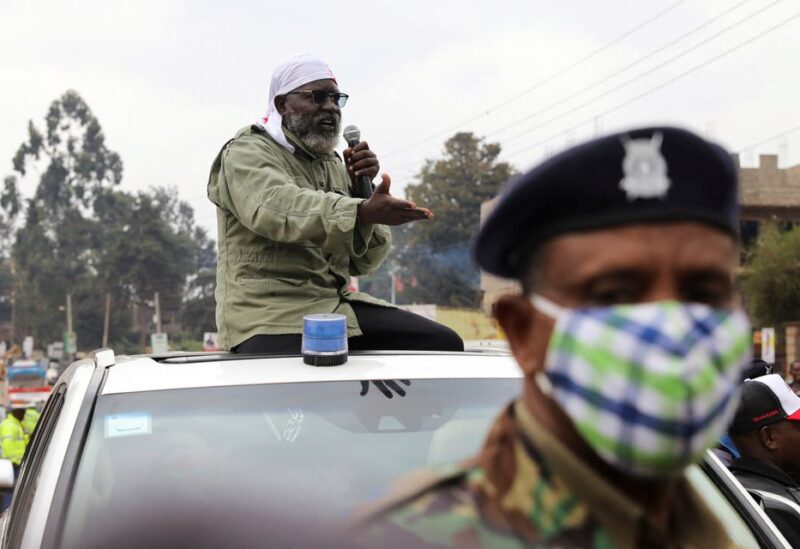 George Wajackoyah, a sexagenarian reggae enthusiast and presidential contender, is certain that marijuana and hyena testicles are the cure-all for the ills plaguing Kenya’s electorate.

The richest nation in East Africa will hold elections on August 9. Deputy President William Ruto and veteran opposition leader Raila Odinga are the two front-runners in the race for the presidency, and their close race has brought attention to Wajackoyah’s small but devoted group of supporters, who could force a run-off if neither side receives more than 50% of the vote.

Voter registration among young people has fallen sharply, with many saying conventional politicians have failed to tackle rampant corruption, runaway inflation or joblessness.

Wajackoyah’s bid for the presidency has caught the imagination of younger voters. The grave-digger-turned-adjunct-law-professor is trailing a distant third in the polls at around 2% but he could tip the balance if he endorses one candidate, or takes enough votes from another.

His no-frills campaign promises to wipe out Kenya’s debt of roughly $70 billion by establishing a medical cannabis industry and exporting animal parts to China, including hyena testicles, which Wajackoyah says the Chinese consider a delicacy.

“I’ve created a new tribe, known as the ganja tribe,” he said, explaining his popularity. “These (politicians), they have helicopters, they have money, they have painted cars. I don’t even have a single poster.”

The Kenyan media’s infatuation with colouful Wajackoyah, also a well-known figure from Nairobi’s club scene, has prompted speculation that he is backed by a bigger campaign to try to peel away some of the youth vote – a prospect he airily dismisses.

Many candidates have offered him cash for support, he said, but he has turned them all down. Instead, he said he dreams of lighting up in the president’s office.

“We shall go to state house and smoke it around to remove the colonial impurities,” 62-year-old Wajackoyah said in his wood-panelled office, sporting a du-rag bandanna and listening to a Hare Krishna prayer.

He checked his phone to recall the other points on his manifesto, which veer from federalising government and renegotiating the country’s debts with China, to hanging the corrupt and throwing out Chinese nationals.

“We’ve come in with the ganja solution,” he said.

By his latest count, Wajackoyah said he has picked up 14 law degrees and certificates from England, where fled as a refugee, the United States, where he met his wife, and back in Kenya where he runs a law firm specialising in migration.

Getting elected in Kenya is an expensive business, costing an estimated $31,000 to sit on a county assembly, up to $390,000 to sit in the senate, based on a study by the Institute for Development Studies at the University of Nairobi.

Wajackoyah is bucking the trend by running on a shoestring budget, with supporters creating their own posters featuring his snow-white beard and the slogan “Wajackoyah the 5th,” in reference to his bid to be the nation’s fifth president.

“If I showed you the amount of money I have, you would laugh,” Wajackoyah said.

With no donors or war-chest to draw on, his rallies consist of him arriving at markets unannounced, popping his head through the sunroof of his car to blaring reggae music, and making his pitch to startled onlookers.

On Wednesday, with six days to go until the election, Wajakoyah’s small convoy rolled into Gatundu, around 30 km north of the capital Nairobi. A smiling crowd of around 400 quickly gathered, waving smart phones and jostling for selfies.

“Every election cycle everybody just comes here with their propaganda,” said Jeff Mwangi, a labourer. “If this man can do what he’s actually saying… we will go very far as a country.”