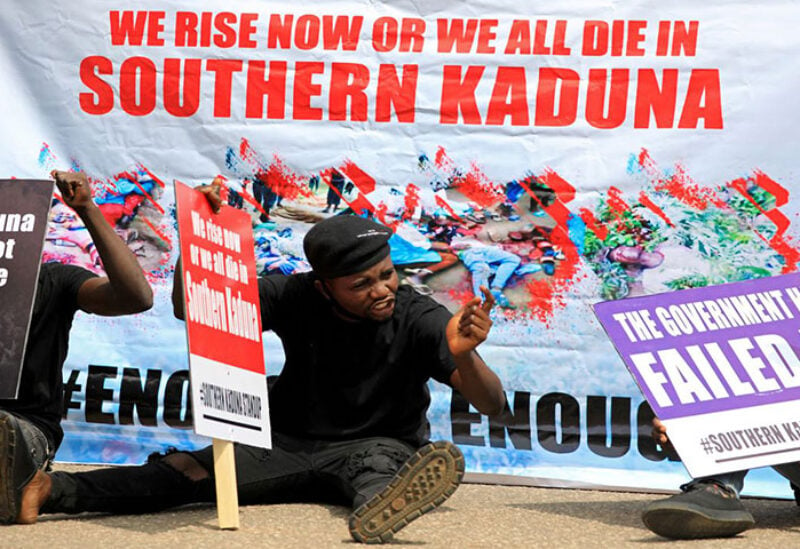 People gather to protest killings in southern Kaduna and insecurities in Nigeria,

Kidnappers have released the remaining 14 students who had been held captive after being abducted last month from a northern Nigerian university, a senior member of the teaching staff said on Saturday.

Armed groups have repeatedly attacked schools and universities in northwest Nigeria in the last few months, abducting more than 700 students for ransom since December. The inability of security forces to crack down on kidnapping gangs has sparked protests against perceived government inaction.

Gunmen had stormed Greenfield University in the northwestern state of Kaduna on April 20. The kidnappers killed one person during the raid and, in the days after the attack, executed five of those they took.

“Fourteen of the abducted students of the university have been freed,” Simeon Nwakacha, pro-chancellor of Greenfield University, told Reuters by phone on Saturday. He said the 14 were the remaining students being held.

Kaduna state’s security commissioner, Samuel Aruwan, said in a statement 14 people taken from the university had been freed and had been found beside a road connecting Kaduna and the capital Abuja on Saturday at around 2 p.m. (1300 GMT).

It was not immediately clear if the hostages were released in exchange for a ransom payment.

Kidnap for ransom has become common in the last few years in many parts of Nigeria. President Muhammadu Buhari urged state governments in February to review their policy of “rewarding bandits with money and vehicles”.