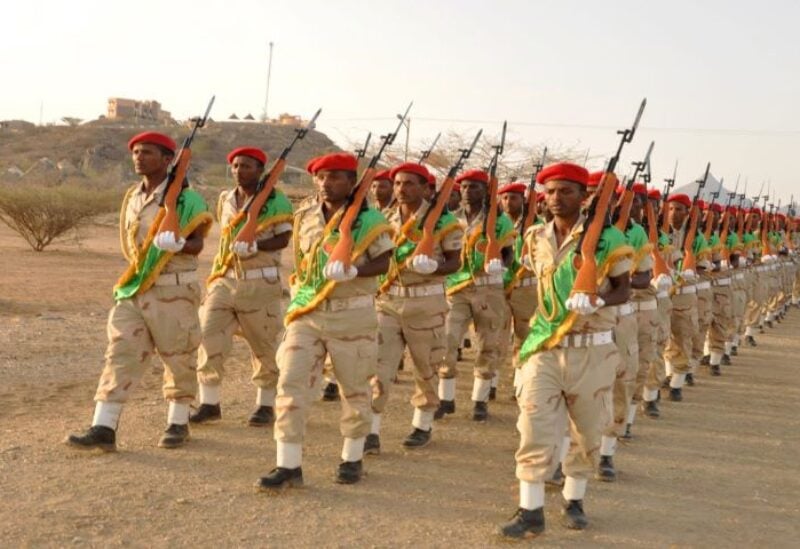 According to eyewitnesses and aid workers have said, allies of Ethiopia’s federal military are looting property and carrying out mass detentions in Tigray.
The accounts raise fresh concern about alleged atrocities more than three weeks after the warring parties signed a truce that diplomats and others hoped would bring an end to suffering in the embattled region that’s home to more than 5 million people.
Tigray is still largely cut off from the rest of Ethiopia, although aid deliveries into the region resumed after the Nov. 2 cease-fire deal signed in South Africa. There’s limited or no access into the region for human rights researchers, making it difficult for journalists and others to obtain information from Tigray as Ethiopian forces continue to assert control of the region.
Eritrean troops and forces from the neighboring Ethiopian region of Amhara — who have been fighting on the side of Ethiopia’s federal military in the Tigray conflict — have looted businesses, private properties, vehicles, and health clinics in Shire, a northwestern town that was captured from Tigray forces last month, two aid workers there told The Associated Press, speaking on condition of anonymity because of safety concerns.
Several young people have been kidnapped by Eritrean troops in Shire, the aid workers said. One said he saw “more than 300” youths being rounded up by Ethiopian federal troops in several waves of mass detentions after the capture of Shire, home to a large number of internally displaced people.
“There are different detention centers around the town,” said the aid worker, who also noted that Ethiopian federal troops were arresting people believed to be “associated” with the Tigray People’s Liberation Front, or TPLF, the political party whose leaders led the war against the federal government.
Civilians accused of aiding Tigray forces are being detained in the southern town of Alamata, according to a resident there who said Amhara forces had arrested several of his friends. A former regional official said Amhara forces are also carrying out “mass” arrests in the town of Korem, around 20 kilometers (12 miles) north of Alamata, and in surrounding rural areas.
Both the Alamata resident and the former regional official, like some others who spoke to AP, requested anonymity because of safety concerns as well as fear of reprisals.
The continuing presence of Eritrean troops in Tigray remains a sore point in the ongoing peace process, and the US has called for their withdrawal from the region.
The military spokesman and government communications minister in Ethiopia didn’t respond to a request for comment. Eritrea’s embassy in Ethiopia also didn’t respond.
Eritrea, which shares a border with Tigray, was not mentioned in the text of the cease-fire deal. The absence of Eritrea from cease-fire negotiations had raised questions about whether that country’s repressive government, which has long considered Tigray authorities a threat, would respect the agreement.
A subsequent implementation accord, signed by military commanders in Kenya, states that the Tigray forces will disband their heavy weapons “concurrently with the withdrawal of foreign and non-(federal) forces from the region.”
Yet aid officials, diplomats and others inside Tigray say Eritrean forces are still active in several areas of Tigray, hurting the peace process. Eritrean troops have been blamed for some of the conflict’s worst abuses, including gang rapes.
Tigrai Television, a regional broadcaster based in the Tigrayan capital of Mekele, reported on Nov. 19 that Eritrean soldiers killed 63 civilians, including 10 children, in an area called Egela in central Tigray. That report cited witnesses including one who said affected communities were being prevented from burying their dead.
Ethiopian Prime Minister Abiy Ahmed and US Secretary of State Antony Blinken discussed the importance of implementing the peace deal, “including the withdrawal of all foreign forces and the concurrent disarmament of the Tigray forces” in a phone call Monday, according to State Department spokesman Ned Price.
Four youths were killed by Eritrean forces in the northwestern Tigray town of Axum on Nov. 17, a humanitarian worker told the AP. “The killings have not stopped despite the peace deal … and it is being carried out in Axum exclusively by Eritrean forces,” the humanitarian worker said.
A statement from Tigray’s communication bureau last week said Eritrea’s military “continues committing horrific atrocities in Tigray.” That statement charged that Eritrean President Isaias Afwerki “is bringing more units into Tigray though (he is) expected to withdraw his troops” following the cease-fire deal.
The brutal fighting, which spilled into the Amhara and Afar regions as Tigray forces pressed toward the federal capital last year, was renewed in August in Tigray after months of lull.
Tigray is in the grip of a dire humanitarian crisis after two years of restrictions on aid. These restrictions prompted a UN panel of experts to conclude that Ethiopia’s government probably used “starvation as a method of warfare” against the region.
Ethiopian authorities have long denied targeting civilians in Tigray, saying their goal is to apprehend the region’s rebellious leaders.
Despite the African Union-led cease-fire, basic services such as phone, electricity and banking are still switched off in most parts of Tigray. The US estimates hundreds of thousands of people could have been killed in the war marked by abuses on all sides.
The cease-fire deal requires federal authorities to facilitate “unhindered humanitarian access” to Tigray. The World Food Program said Friday it had sent 96 trucks of food and fuel to Tigray since the agreement although access to parts of central and eastern Tigray remains “constrained.”
Unhindered access into Tigray has not yet been granted despite the number of trucks going into the region, with several restrictions remaining in place, an aid worker said Friday. There are limits on the amount of cash humanitarian organizations can take into Tigray, while checkpoints and military commanders impede the movements of aid workers within the region, the aid worker said.