Kremlin denies that mobilisation decree allows a million to be enlisted 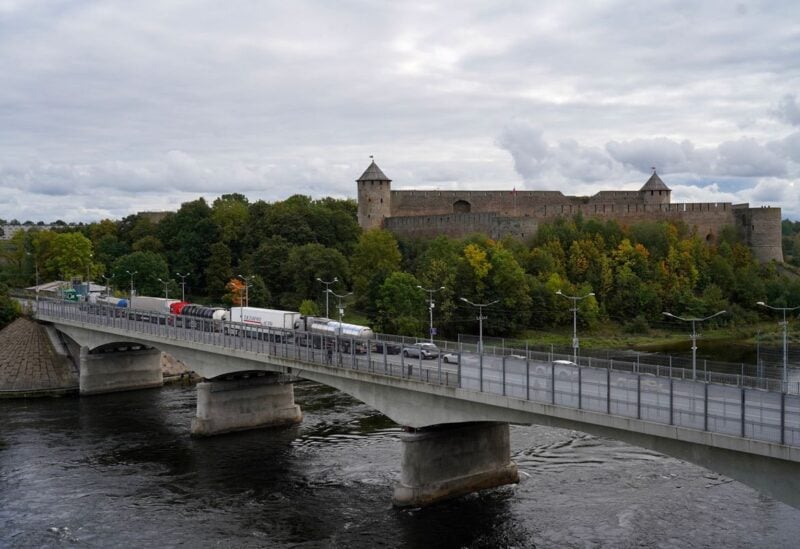 A general view of the bridge over Narva river at the border crossing point with Russia in Narva, Estonia September 18, 2022. REUTERS/Janis Laizans

The Kremlin denied a claim made by the independent Novaya Gazeta Europe that a secret provision in President Vladimir Putin’s order on partial mobilization allowed for the enlistment of one million reservists to fight in Ukraine.

Dmitry Peskov, a spokesman for the Kremlin, referred to the allegation as “a falsehood,” according to the state-owned news agency RIA.

Novaya Gazeta Europe, a spin-off of the now-shuttered Russian investigative newspaper, cited an unnamed source in the presidential administration as saying that point 7 of the decree, which was withheld as “For official use” in Wednesday’s public release, allowed the armed forces to draft a million personnel.

Defence Minister Sergei Shoigu said on Wednesday that around 300,000 reservists would be called up, and that they would be specialists with combat experience, although no figure appeared in the decree as published on official websites.

He said Russia had 25 million reservists at its disposal in all.

All Russian men are required to do a year’s military service between the ages of 18 and 27, although university students may instead receive instruction from a military faculty alongside their chosen studies.