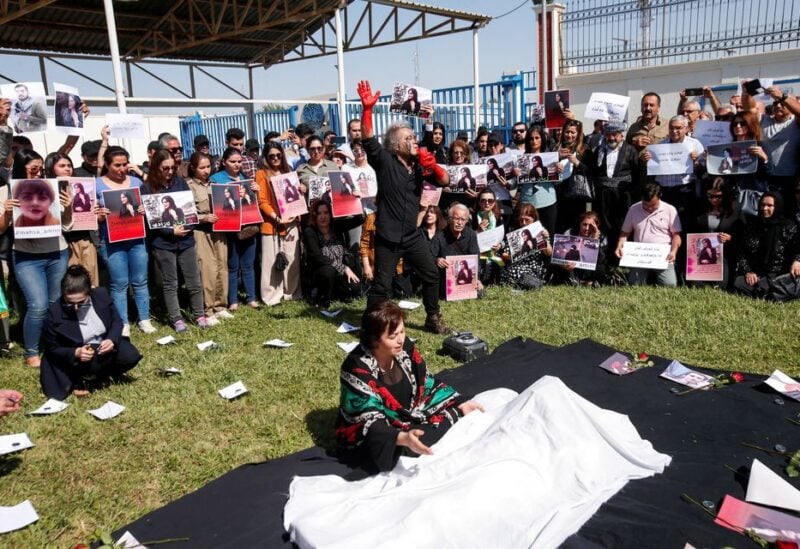 People take part in a protest following the death of Mahsa Amini in front of the United Nations headquarters in Erbil, Iraq September 24, 2022. REUTERS

Dozens of Iraqi and Iranian Kurds gathered in Erbil, Iraq’s northernmost city, on Saturday to protest the murder of Mahsa Amini, a young lady who died in the hands of Iranian police.

Protesters chanted outside the United Nations complex in Erbil as they carried placards with Amini’s portrait.

Others screamed, “Women, Life, Freedom,” many of whom were Iranian Kurds living in self-imposed exile in Iraq’s semi-autonomous Kurdistan region.

Protests erupted a week earlier at the burial of Amini, a 22-year-old Kurdish woman who died after slipping into a coma after being detained by morality police enforcing hijab laws on women’s clothing.

“They murdered (Amini) because of a stray hair from her headscarf. The kids want to be free. They are advocating for equal rights for all people since everyone has the right to dignity and freedom “said Namam Ismaili, an Iranian Kurd from Sardasht, a Kurdish village in northwest Iran.

Amini’s death has revived fury about topics such as personal freedom limitations in Iran, rigid clothing regulations for women, and an economy struggling from sanctions.

“We are not against religion or Islam; we are secularists who want religion to be distinct from politics,” protester Maysoon Majidi, a Kurdish Iranian actor and director residing in Erbil, remarked.