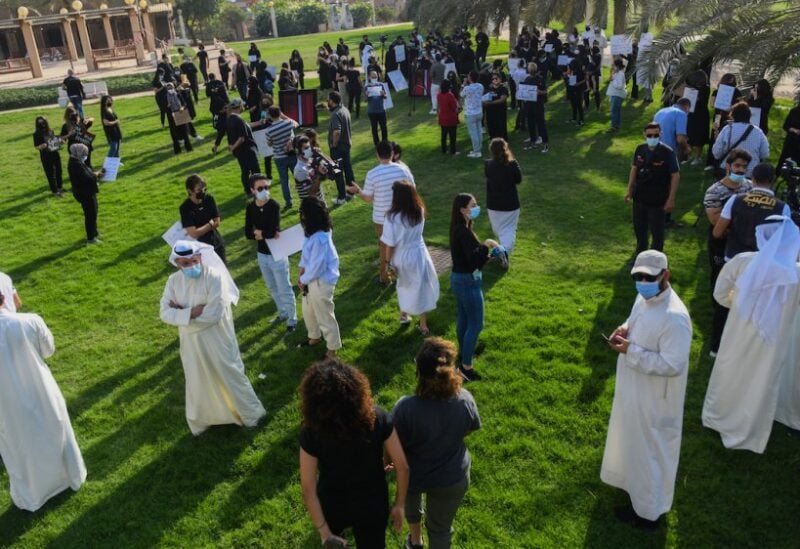 Women in Kuwait demanded better protection from male violence at a protest yesterday in response to the murder of a woman by a man her family said they had previously reported to authorities for harassing her, Reuters reports.

Farah Hamza Akbar was on Tuesday taken from her car  by a man who later stabbed her and left her outside a hospital, the family’s lawyer and Kuwait’s Interior Ministry said.

The incident has re-ignited criticism of how women are treated by society and the law in the Gulf state.

“A woman was killed in broad daylight and in Ramadan…Why can’t the government protect women? There’s a constitution between us and the state, a constitution that promises equality,” said Sahar Bin Aly, a women’s rights activist at the rally in Kuwait city.

The killing comes two months after a movement began in Kuwait online calling for better protection for women from harassment and violence, dubbed Kuwait’s #MeToo moment.

“Women in Kuwait have complained that police do not take their complaints seriously and can leave them further at risk when they report violence to them,” said Rothna Begum of Human Rights Watch.

Kuwait’s Interior Ministry on Tuesday said an unidentified male citizen had been arrested after he abducted a woman. The man admitted to stabbing the victim in the chest and killing her, the ministry says.

The family’s lawyer Abdul Mohsin Al-Qattan says Farah, on the day of her death, was followed by the suspect while she was leaving her house with her daughter and niece. The suspect crashed his car into hers and took her away.

Al-Qattan said the family had lodged complaints against him previously

A campaign has been running for several years to overturn a part of the penal code which allows men reduced sentences for killing women found in the act of adultery.

“I personally do not feel safe … I worry about my daughters going out, and then getting harassed and slaughtered in broad daylight,” said Umm Mohammed at the protest of around 150 women and men.

In the same month, a pregnant Kuwaiti was shot to death by her brother due to a marriage dispute.