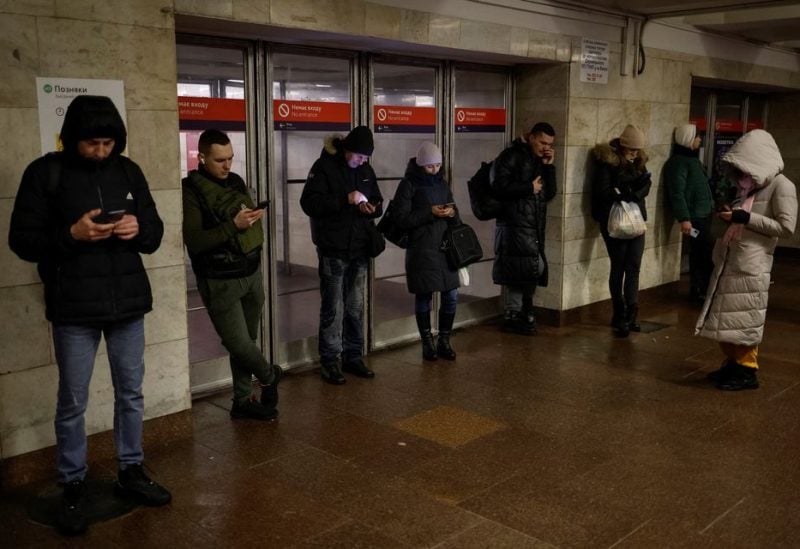 People use mobile internet next to a metro station after critical civil infrastructure was hit by Russian missile attacks, amid Russia's invasion of Ukraine, in Kyiv, Ukraine December 16, 2022. REUTERS/Valentyn Ogirenko

A day after the most recent round of Russian airstrikes on vital infrastructure, the mayor of Ukraine’s capital announced early on Saturday that the city’s metro system was back in operation and that all citizens had been restored to water supplies.

In one of its worst attacks since the Kremlin invasion on February 24, according to Ukrainian officials, Russia launched more than 70 missiles on Friday, causing a statewide emergency blackout.

Kyiv Mayor Vitali Klitschko also said heating had been restored to half the city and electricity had been returned to two-thirds.

“But schedules of emergency outages are being implemented,” he wrote on the Telegram messaging app. “Because the deficit of electricity is significant.”

Klitschko had warned of an “apocalypse” scenario for the Ukrainian capital earlier this month if Russian air strikes on infrastructure continued but also said there was no need yet for people to evacuate.

“We are fighting and doing everything we can to make sure that this does not happen,” he told Reuters on Dec. 7.