Kyrgyzstan in favor of ‘peaceful resolution’ of Russia-Ukraine war: Minister 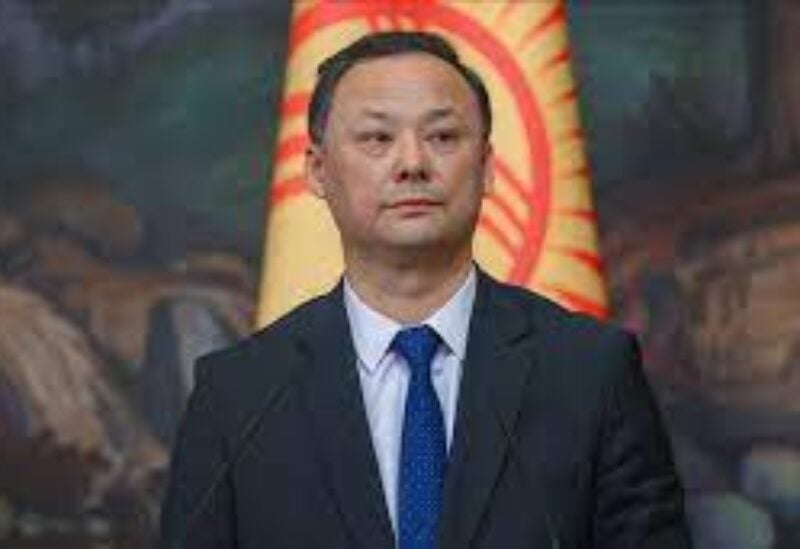 Kyrgyzstan foreign minister declared that his country is in favor of a “peaceful resolution” of the Russia-Ukraine war through “political and diplomatic means.”

“If some peacekeeping mechanisms are no longer working, we must find new formats for effective dialogue together,” Ruslan Kazakbaev, foreign minister of Kyrgyzstan, told Anadolu Agency on the sidelines of the Antalya Diplomacy Forum in Turkiye.

“Isn’t our common goal to achieve peace?” he said.

He added that Kyrgyzstan is also ready to prepare such a platform if necessary.

“I already mentioned this on my last visit to Moscow (on March 5),” he said.

“The world is at a fragile stage, on the brink of a global catastrophe, and this dialogue between Russia and Ukraine is of paramount importance in launching a possible peace process,” he said, calling on all countries to help achieve this objective.

“Imposing sanctions and further escalation of tensions in the world will cause serious economic and humanitarian disasters,” he said.

He said it was sad to see two brotherly nations Russia and Ukraine involved in a conflict.

“Our peoples have a common history. We went through difficult times together. Therefore, we never had, and could not have had, the option of taking sides in this conflict,” he said.

Asked about how the Russia-Ukraine war will affect Kyrgyzstan, Kazakbaev said: “The negative consequences of the sanctions will worsen the quality of life for our people as well as adversely affect our economy.”

“Kyrgyzstan has also recently experienced tragic events on its border and lost innocent citizens. Therefore, there is no doubt that we defend the territorial integrity of states and observe the UN Charter.”

Asked about the reasons behind the Turkic Council’s changing of its name to the Organization of Turkic States last November, Kazakbaev said that “undoubtedly, this decision is the result of close and mutually beneficial cooperation based on a shared history, language and culture reaching a new level.”

“I believe that the transformation of our council into a full-fledged organization will further consolidate the cooperation of the Turkish states in the regional and international arena.”

Noting that he welcomes the adoption of the “Turkish World Vision 2040,” he said: “Our first definitive decision in the new age should be the decision to get closer and join forces to achieve common goals.”

“The deep transformations in the world today offer us a historical opportunity to rebuild our relations, to make them more humane, and to highlight the fundamental Turkish values, ​​such as honor,” he said.

“These new relations in the Turkic world should become an example for the interstate relations of the new age.”

Asked about Turkish President Recep Tayyip Erdogan’s call for Turkish Cypriot membership in the Organization of Turkic States, the Kyrgyz foreign minister said: “Of course, such issues are evaluated in accordance with the conceptual documents of our organization, taking into account the basic principles of international law and the relevant resolutions of the UN Security Council.”

“As members of the Organization of Turkic States, we are in favor of finding a fair, permanent, sustainable and mutually acceptable solution to the Cyprus issue,” he said.

On bilateral trade between Turkiye and Kyrgyzstan, he said the leaders of the two countries have set an aim of increasing it to $1 billion.

According to data from the Turkish Statistical Institute, trade volume between Kyrgyzstan and Turkiye reached $507.5 million in 2020.

“We are moving very fast towards reaching that target,” he said, adding the areas of cooperation include trade, agriculture, mining, energy and tourism.

Cooperation between Kyrgyzstan and Turkiye in military training and military-technical fields has also been developing for many years, he added.