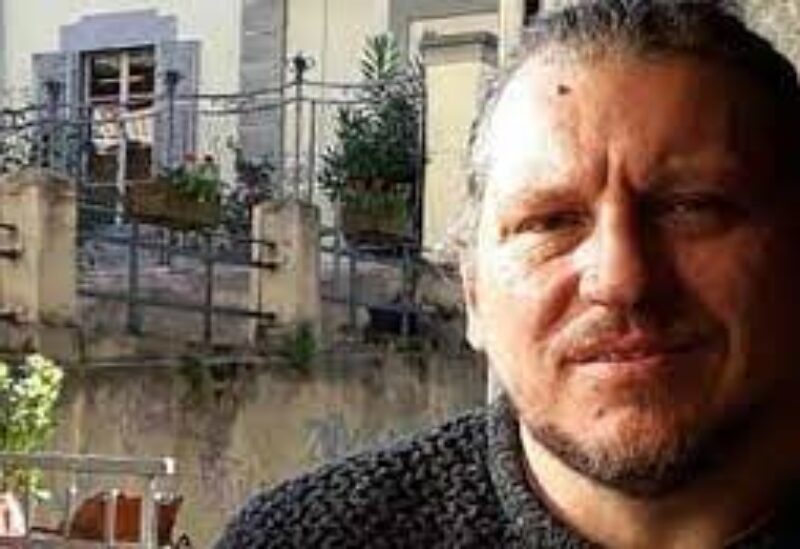 The arrest last month of an Australian engineer and his Egyptian colleague in Iraq is illegal and they need to be immediately released, their lawyer said.

The two men were arrested over a contractual dispute with Iraq’s Central Bank.

The Sydney businessman Robert Pether, 46, and his colleague, Khalid Zaghlol, were arrested on April 7 in the Central Bank of Iraq building after being invited to a meeting.

Their employer, the Dubai company CME Consulting, was awarded a deal in 2015 by the bank to offer engineering consulting services for building a new headquarters in Baghdad. The high-profile building was designed by the late Iraqi architect Zaha Hadid.

“Luring them to a meeting only for them to be arrested is considered kidnapping,” lawyer Ali Nuaima Al Shammari told The National on Monday.

Both were arrested by Iraq’s National Security Service without explanation and there was no information about their whereabouts after their arrest, Mr Al Shammari said.

“This is illegal,” he said. “This is not a criminal action, it is a contractual dispute and it can only be examined in a standard civil action.”

The National Security Service is not the agency to be arresting and holding them, Mr Al Shammari said, speaking exclusively to The National. “That is the job of the local police.”

In 2015, CME Consulting won the $33 million contract, teaming up with another company as requested by the central bank as it was a newly formed company.

A year later, work on the project was suspended owing to a lack of funds caused by plummeting oil prices in the international market and Iraq’s war with ISIS.

After declaring ISIS defeated in late 2017, Iraq resumed working on the project in 2018. By then, the partner withdrew from the contract but CME Consulting continued the work without notifying the central bank.

The company worked for 39 of the 48 months stipulated in its contract. It was paid for 32 months, before payment was withheld in September.

The dispute started this year when the bank asked CME to extend the contract for three months to make up for work suspended during the coronavirus lockdown last year.

The bank said it would not pay for the extension. CME refused, saying the suspension was not its decision and that its staff was in Baghdad.

The bank is now accusing CME of a scam for not informing them of the withdrawal of the partner, something that is not required by the contract or mentioned as a contractual breach. It is also asking for $12 million, identified as “extra payments” to be returned.

The men are under an investigation that could lead to a trial and are receiving consular assistance. They have access to their lawyer and are allowed to talk to their families.

Part of the investigation is focusing on corruption in the process of awarding the deal, as well as the role of a senior bank official who headed the committee that was in charge of awarding the contract.

Mr Al Shammari decried the measures as a “coercive means to extract money under the pressure of the investigation”.

“This will definitely undermine Iraq’s efforts to woo foreign investors and companies to the country as they will be reluctant to work in Iraq due to such treatment,” he said.

Requests to the bank for comments went unanswered.

Iraq has been desperate to attract foreign companies and investors to boost its post-war reconstruction efforts, but debilitated security situation, bureaucracy and corruption have been major obstacles.

In an attempt to spur the ailing economy, encourage foreign investment and create jobs, the government decided in March to give visa approval on arrival for 36 countries.