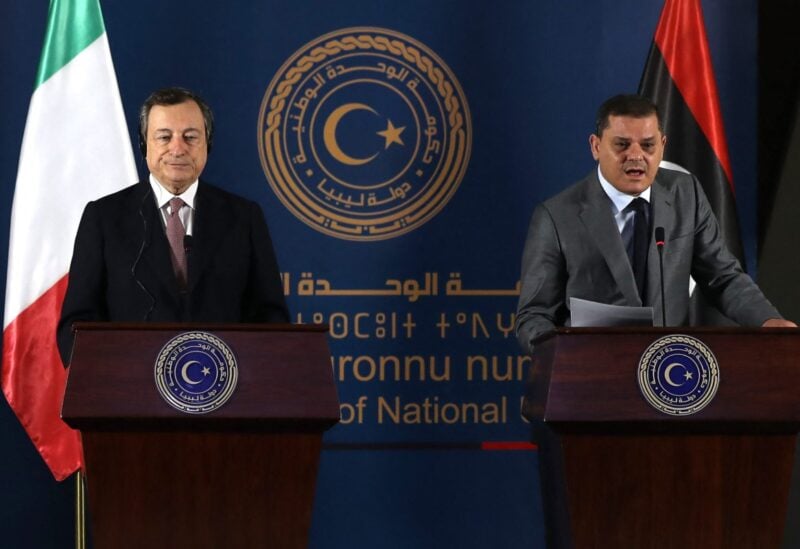 Libya’s Interim Prime Minister Abdul Hamid Dbeibah met with counterpart Mario Draghi for talks touching on energy investments, migration, and security, marking his first visit to Europe since he was sworn in in March.

Without providing specifics, Draghi said collaborations in the energy sector would be expanded following the talks.

“The possibilities are vast and our companies are ready to undertake projects,” he said.

“Italy stands with Libya and supports it during this complex transition: the concrete implementation of a ceasefire, the removal of mercenaries and foreign soldiers, and the creation of an institutional structure,” Draghi said.

Italy wants to protect its commercial interests in the oil-rich North African nation, where energy giant Eni is the leading foreign player while restoring its former position as a dominant European actor.

According to Bloomberg’s country report, oil reserves in Libya are the largest in Africa and among the ten largest globally with 46.4 billion barrels as of 2010.

The two nation’s PMs also discussed the migrant crisis in the Mediterranean Sea, highlighting their efforts to save the lives of migrants.

Last month, Italy and Libya were accused of deliberately ignoring a mayday call from a migrant boat in distress in Libyan waters as 130 migrants lost thier lives in one day.