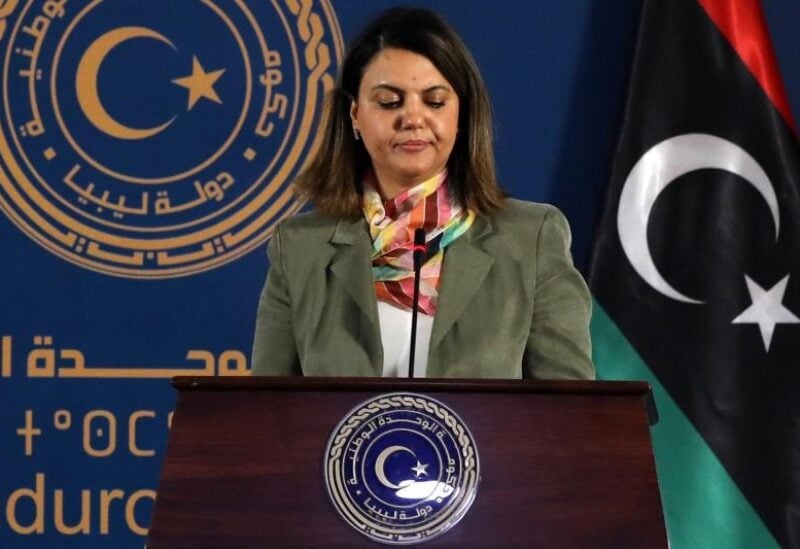 Libya’s interim foreign minister Najla Al-Manqoush said on Friday that Securing Libya’s southern borders is a priority for the country’s transitional government as it aims to stem the flow of illegal migrants setting off from its shores
Manqoush statement came in a press conference following meetings with Foreign Minister of Italy Luigi Di Maio, his Maltese counterpart Evarist Bartolo and European Commissioner for Neighborhood and Enlargement Oliver Varhelyi who visited the country Friday, along with Libya’s Prime Minister Abdul Hamid Dbeibah.
“The whole problem starts in the south,” Al-Manqoush said, adding that Libya would need additional resources from the EU to tackle this problem.
Since the election of Libya’s new interim government in February, a series of senior European and American diplomats have visited the North African country, placing their faith in the new Libyan administration that is expected to lead the nation through general elections in December 2021.
Many European leaders are also hoping that the new government could prove more effective than its predecessors in cutting off the smuggling routes that migrants have used to first enter and cross Libya, before setting off for Europe. Italy and other European governments have faced criticism at home for their handling of the migrant issue.
“We talked about how to strengthen our partnership on fighting illegal migration and monitoring water borders by adopting short-term as well as long-term strategies,” Italy’s Di Maio said.
Libya has experienced years of conflict and chaos since a NATO-backed uprising toppled longtime dictator Muammar Qaddafi in 2011. The uprising divided the oil-rich country between a UN-supported government in the capital, Tripoli, and rival authorities based in the country’s east. Each were backed by armed groups and foreign governments. But an October cease-fire has stopped most of the violence, and stipulated that all foreign mercenaries should leave.
For almost a decade, war-torn Libya has been the dominant transit point for migrants fleeing war and poverty in Africa and the Middle East and aspiring to settle in Europe. Smugglers often pack desperate families into ill-equipped rubber boats that stall and founder along the perilous central Mediterranean route.
In recent years, the EU has partnered with Libya’s coast guard and other local groups to stem such dangerous sea crossings. Rights groups, however, say those policies leave migrants at the mercy of either the sea or Libya’s armed groups, with many ending up confined in squalid detention centers rife with abuses.
According to the International Organization for Migration’s Missing Migrants project, at least 612 people are known to have died or gone missing in the Mediterranean so far this year. That’s significantly higher than during the same time period last year, when 278 died or disappeared. Attempts to cross the sea often increase in the warmer summer months.