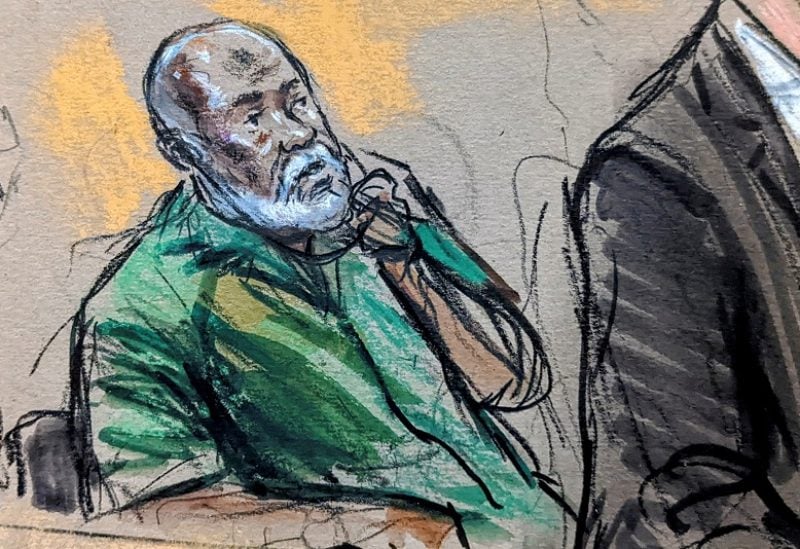 Abu Agila Mohammad Mas'ud Kheir Al-Marimi, also known as Mohammed Abouajela Masud, accused of making the bomb that blew up Pan Am flight 103 over Lockerbie in Scotland in 1988, is shown listening in this courtroom sketch drawn during an initial court appearance in U.S. District Court in Washington, U.S. December 12, 2022. REUTERS/Bill Hennessy NO RESALES. NO ARCHIVES. WASHINGTON AREA OUT. WASHINGTON POST OUT. TPX IMAGES OF THE DAY

Abu Agila Mohammad Mas’ud Kheir Al-Marimi, who is believed to be a Libyan intelligence agent, accused of making the bomb that blew up Pan Am Flight 103 over Scotland in 1988, was charged with an act of international terrorism in a US court on Monday.

US prosecutors said they would not be seeking a death penalty for . At the time of the bombing, there were no legal provisions for such a punishment, they said.

But Mas’ud could be facing life imprisonment if he is convicted of “destruction of an aircraft resulting in death” and the two other related charges, said prosecutors.

“Although nearly 34 years have passed since the defendant’s actions, countless families have never fully recovered,” Assistant US Attorney Erik Kenerson said during the court proceeding.
The US trial marks a milestone in the decades-long probe in the attack that killed 270 people as the Pan Am plane was flying over the Scottish town of Lockerbie. The blast became known as the Lockerbie bombing.

Mas’ud is the third Libyan intelligence official charged in the US in connection with the Lockerbie bombing, but the first who stood a trial in an American courtroom.

The announcement of his custody came two years after the US Justice Department had charged him in connection with the explosion.

The US authorities have not revealed how Mas’ud ended up in the US. Last month, however, Libyan media reported that he had been kidnapped by armed men from his home in Tripoli.