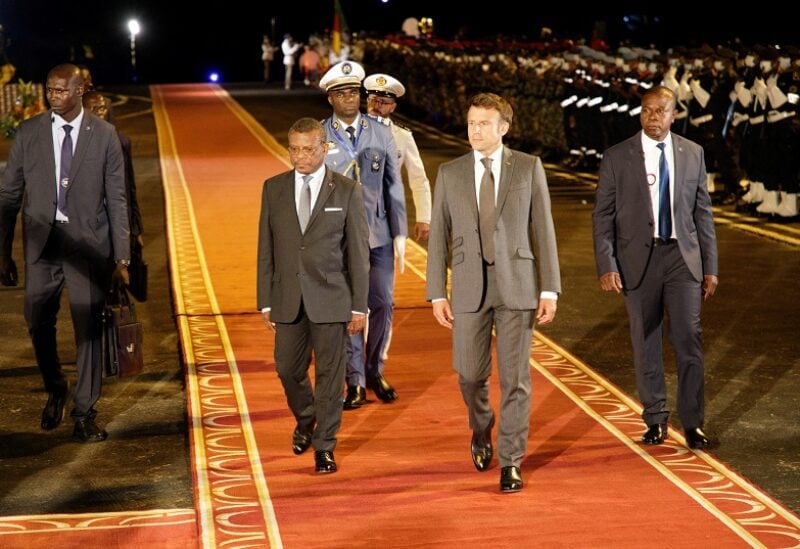 President Emmanuel Macron arrived late on Monday in Cameroon, in a bid to revitalise France’s post-colonial connection with the continent. The first stop of a three-nation trip through western Africa. Around 10:40 p.m., Cameroonian Prime Minister Joseph Dion Ngute met Macron at the airport in Yaounde. Macron should be able to “show the commitment of the president in the process of renewing the relationship with the African continent” during his first trip outside of Europe, which will also take him to Benin and Guinea-Bissau, according to a French presidential official who asked not to be identified.

Tuesday morning at the presidential palace, Macron is scheduled to meet with his 89-year-old counterpart Paul Biya, who has controlled Cameroon with an iron fist for almost 40 years. They are anticipated to talk about security in Cameroon, which has been torn apart by ethnic conflict and a 2017 insurrection by anglophone separatists seeking the independence of two English-speaking districts. Jihadists from Boko Haram have also carried out attacks in northern Cameroon.
In 2020, Macron angered Biya by threatening to exert “maximum pressure” on the president in response to the “intolerable” violence in the West African nation. His visit comes at a time when China, India, and Germany are gaining ground on France, a former colonial power, particularly in the economic and commercial spheres. Macron will meet with representatives of youth and civil society after having lunch with Biya and his wife Chantal. He will finish the day at “Noah Village,” which is being hosted by former tennis champion Yannick Noah, who is building a recreation and educational facility in a well-liked Yaounde neighbourhood where he spends several months of the year.
On Wednesday, Macron will travel to Benin, which has experienced devastating attacks by jihadists who have expanded from the Sahel to the countries of the Gulf of Guinea.