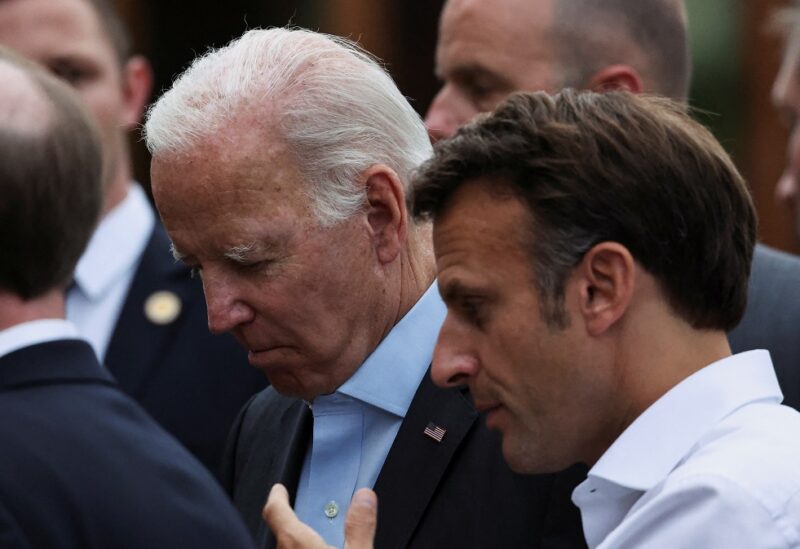 On the sidelines of the G7 conference, Macron was heard telling Joe Biden, “I had a conversation with MbZ.”

“I heard from him twice. I’ve reached my peak, my peak (production capacity). He says that to be the case.”

“And then he said (the) Saudis can increase by 150 (thousands barrels per day). Maybe a little bit more, but they don’t have huge capacities before six months’ time,” Macron said.

Brent oil prices jumped by over $2 per barrel to above $115 per barrel on the news amid tight global supplies and rising demand.

Saudi Arabia and the UAE have been perceived as the only two countries in producer group the Organization of the Petroleum Exporting Countries and the world which still have some spare capacity and could help increase global deliveries.

The West is seeking ways to reduce Russian oil imports to punish Moscow for the invasion of Ukraine.

Saudi Arabia is currently producing 10.5 million bpd and has a nameplate capacity of 12.0 million-12.5 million bpd, which in theory shall allow it to raise production by 2 million.

The UAE is producing some 3 million bpd, has capacity of 3.4 million and has been working on raising it to 4 million bpd.

The news – as presented by Macron – would be bullish for oil markets if both OPEC heavyweights can barely raise output.