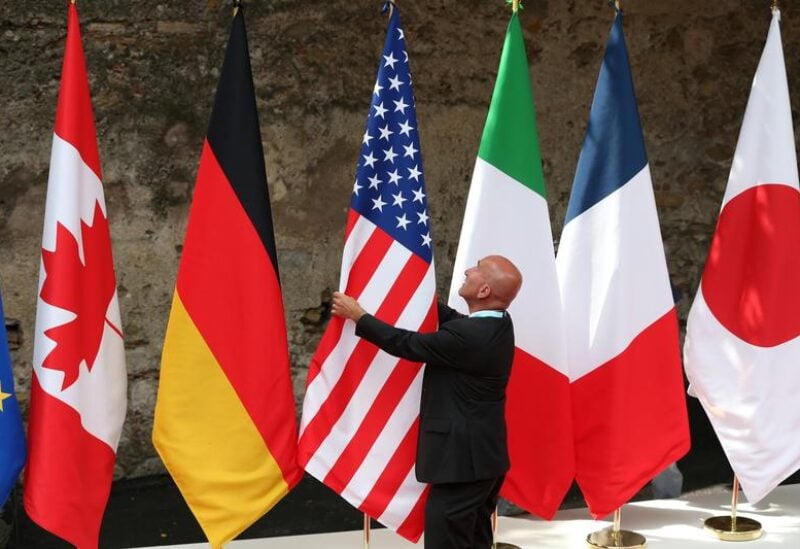 French President Emmanuel Macron would like, if the host country Britain agrees, to invite Belarusian opposition to the seven summit group to take place on Tuesday in Cornewall.

However, a British government spokesperson said that “other national participants to the G7 summit” are not currently planned to participate, saying the leaders will talk “Belarus’ careless and dangerous behaviour.”

Western countries are eager to support Belarusian President Alexander Lukashenko’s opponents after the Minsk authorities forced the aircraft down on Sunday and arrested a dissident reporter onboard.

A French presidential official said Macron wanted to invite exiled Belarusian opposition leader Sviatlana Tsikhanouskaya to speak at one of the “outreach” sessions, during which outside personalities can address the G7 leaders.

“The G7 is a club of democracies and it is important in the current context to support opponents of Lukashenko’s regime,” the French official said, adding that Macron was open to inviting the Belarus opposition if host Britain agreed to it.

In a tweet on Tuesday, Tsikhanouskaya, who is now based in Lithuania, a member state of the European Union that borders Belarus, thanked Macron for his call to have the Belarusian opposition invited to the G7 summit.

In Germany, Armin Laschet, leader of Chancellor Angela Merkel’s conservative party, supported the idea after speaking to Tsikhanouskaya by telephone.

“If London, the British hosts, agree, I back this request because it is important that the G7 gets involved in this unique occurrence,” Laschet, who hopes to succeed Merkel as chancellor after a September federal election.

He added that German federal prosecutors were considering an application from ten Belarusian citizens to open a criminal investigation into the alleged crimes against humanity against Lukashenko.

On Tuesday the airlines shunned Belarusian air space with aircraft facing a possible European prohibition, following the forced landing on Sunday of the Ryanair aircraft in Minsk and arrest of Roman Protasevich, a 26-year-old journalist.

This year, Britain will hold the rotating G7 presidency and the Southwest English county of Cornwall will be scheduled for 11 and 13 June.