Maduro’s oil bonanza: Under what conditions will energy giants return to Venezuela? 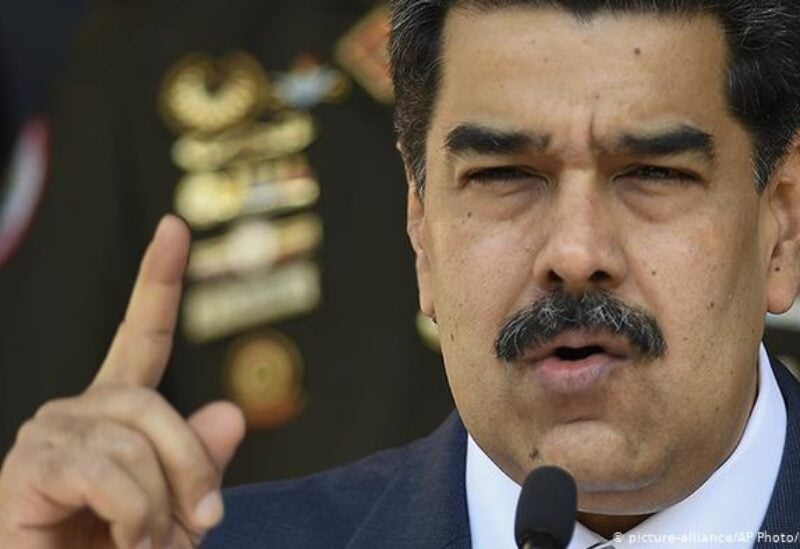 Oil companies are reportedly considering returning to Venezuela after President Nicolas Maduro signaled that he was ready to end the monopoly of state-owned Petroleos de Venezuela SA (PDVSA) and open the industry up to foreign investments earlier this year, according to Bloomberg.

While bigger oil producers like Chevron Corp., France’s Total SE and Italy’s Eni SpA will probably wait until Joe Biden lifts sanctions on Venezuela’s oil sector, smaller players might get started once the Maduro government opens up the industry for private enterprise, Bloomberg reported on 19 March.

Although Washington’s sanctions still bite, Caracas says that the new law will allow new ventures run by independent companies to operate the country’s energy assets with no issues since the US only prohibits doing business with PDVSA, the Maduro government or those who assist it.

Venezuela is Opening Up to Foreign Investment

“Sitting on the world’s largest proven crude reserves of 303.8 billion barrels, estimated at $19.75 trillion based on current Brent crude price of $65 a barrel, Venezuela will always be a focal point for global oil investment with major oil companies hoping to get a slice of its spectacular oil wealth,” says Dr. Mamdouh G. Salameh, an international oil economist who is a visiting professor of energy economics at the ESCP Europe Business School in London. “Venezuela alone accounts for 92% of Latin America’s proven oil reserves.”

Maduro’s decision to open up, announced by the Venezuelan president in January 2021, was largely prompted by the country’s deplorable economic situation, as its energy sector has been crippled by Washington’s sanctions. Venezuela’s oil output continues to plummet: according to the January OPEC bulletin, last year Venezuela produced 557,000 barrels per day (bpd) of crude on average, down 45% from 1.013 million bpd in 2019.

“Venezuelan President Nicholas Maduro intends to open the oil industry to foreign investments as a way of renovating it and increasing his country’s oil production and exports,” Salameh points out.

Although Bloomberg suggests that small energy players may jump in as soon as Maduro’s new law comes into force, the economist argues that resuming Venezuela’s oil exploration would be beyond their capacity.

“Even if we assume that small oil companies would be ready to work in Venezuela with the threat of US sanctions, which is not a done deal, it would not be enough,” echoes Francis Perrin, senior fellow at the Policy Center for the New South (PCNS, Rabat) and at the French Institute for International and Strategic Affairs (IRIS, Paris). “The Venezuelan oil industry has suffered a lot over the past 15 or 20 years and it needs a massive input of capital and technology. It would not be possible with small companies only.”

Given this, the lifting or the suspension of US sanctions is a crucial condition for foreign investors, argue the two experts.

Another condition is related to the contractual terms offered by Venezuela, according to Perrin, who highlights that “there is a competition between oil producing countries in order to attract foreign investment”.

Last but not least there is a need for trust, as oil companies usually invest huge amounts of money in long-term projects with economic lives of 10, 15, 20, 25 or 30 years, the French analyst remarks: “You must thus be confident that the authorities will not change the rules of the game every six months,” he highlights.

There is a fifty-fifty possibility that the Biden administration will reverse the tough sanctions regime imposed on the Latin American country by their predecessors, believes Mamdouh G. Salameh. However, only time will tell whether Joe Biden will show “a more humanitarian face” to “alleviate the misery and suffering of the Venezuelan people and pave the way for a political settlement”, he admits.

However, earlier this year, the new US president made it clear that he would not negotiate with President Maduro any time soon, and would maintain relations with former National Assembly head Juan Guaido, who declared himself the country’s interim president in a botched coup attempt in 2019.

Still, if sanctions are lifted, one might expect that Russia’s Rosneft, US-based Chevron as well as Total, ENI, Shell and possibly many other Chinese and American companies will jump at the opportunity to benefit from Venezuela’s oil bonanza. Rosneft and Chevron would top the list because of their longstanding involvement in Venezuela’s oil industry, according to the economist.

“Allowing American oil companies to operate anew in Venezuela might enhance the oil trade between the United States and Venezuela, particularly (given) that Venezuela owns a few refineries in Texas specially equipped to refine the extra-heavy Venezuelan crude,” the oil economist says. “It will also help resolve legal issues over the Venezuelan-owned refinery CITGO and other assets in the United States.”

However, “the United States will always cast an envious eye over Venezuela’s spectacular oil wealth”, according to Salameh.

Why Venezuela’s Crude Unlikely to Send Oil Prices Down

When it comes to crude prices, which rallied earlier this month on the news that OPEC+ would continue oil export cuts in April, Maduro’s energy endeavour is unlikely to change oil price dynamics in the near term, Salameh believes:

All in all, Venezuela is capable of ultimately producing up to 4.0 mbd after opening its oil industry to foreign investment and employing the latest production technology, according to Salameh’s prognosis.

“By then both global oil prices and global oil demand would have surged to levels capable of mitigating the impact of increased Venezuelan oil production and exports,” he presumes.

Earlier this month, Nicolas Maduro announced that the country’s National Assembly would consider reforms to oil legislation. Under current oil law, PDVSA is required to hold a majority stake in joint ventures with foreign and private energy firms. In addition to this, Venezuela’s parliament also vowed to consider laws aimed at reforming Venezuela’s mining sector and to create “special economic zones”, according to Reuters.