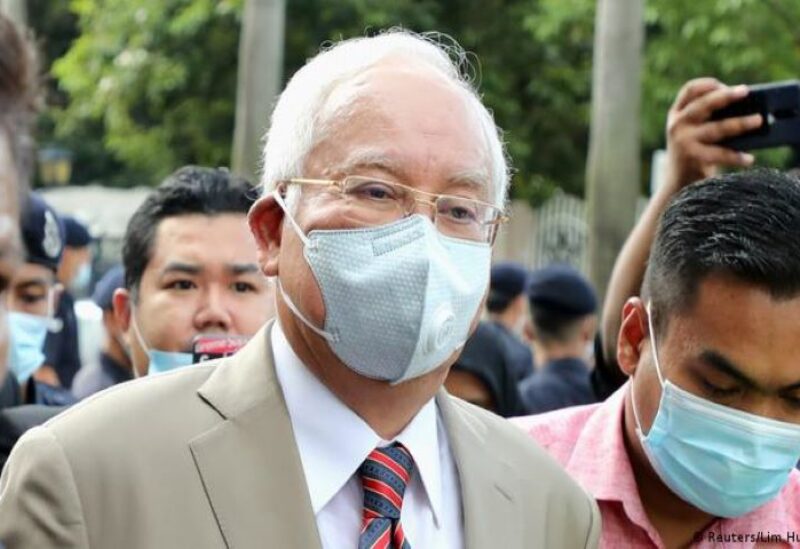 Najib was appealing a 12-year jail term and $50 million punishment issued by the Kuala Lumpur High Court last year for criminal breach of trust, abuse of power, and money laundering, one of five corruption cases he is facing.

Since doubts about the fund first surfaced years ago, the 1MDB scandal, which a US attorney general branded as the worst kind of kleptocracy, has thrown a shadow over Malaysian politics.

According to US and Malaysian officials, $4.5 billion is thought to have been stolen, with more than $1 billion ending up in Najib’s personal accounts.

Najib has consistently denied wrongdoing pleaded not guilty at the trial last year though the court found he had illegally received about $10 million from SRC International, a former unit of now-defunct 1MDB.

Court of Appeal Judge Abdul Karim Abdul Jalil, who led a three-member panel on the decision, said they agreed unanimously with the high court on Najib’s conviction and sentencing, and dismissed his defence that all his actions regarding SRC were in the national interest.

“There is no national interest here, just a national embarrassment,” Abdul Karim said.

The judge also said the evidence showed that Najib knew or had reason to believe that the funds in his accounts were proceeds of illegal activities and had failed to take steps to determine them as such.

Wearing a black suit, Najib showed no emotion as the judgment was read out and was seen taking notes occasionally during the hearing.

His appeal has been keenly followed due to concerns that governing party figures facing criminal charges may be granted mercy following the restoration of Najib’s party, the United Malays National Organisation (UMNO), to power in August.

Najib said in a video briefing following the verdict that he was upset with the result and that he will appeal to Malaysia’s highest court, the Federal Court.

“I didn’t know, I didn’t ask, and I didn’t direct anybody to transfer the 42 million ringgit ($9.95 million) to my account,” Najib explained.

According to Deputy Prosecutor V. Sithambaram, Najib’s appeal process at the Supreme Court might take up to 9 months.

Najib is facing 42 criminal accusations and five trials, including the SRC case, but he remains influential and is considering a political return, telling Reuters in September that he has not ruled out running for re-election to parliament.

He is still a legislator, although he cannot run for office until his conviction is reversed.

“This is a significant decision with immediate political implications,” remarked opposition member Wong Chen on Twitter. “As a result of this judgement, Najib would be unable to run as a candidate in a snap election early next year.”

Elections are not scheduled until 2023, but many believe they might be called as soon as the middle of next year, when a cooperation agreement inked by the administration and the opposition expires.

When asked if he will run in the next election, Najib said, “We’ll cross that bridge when we get to it.”