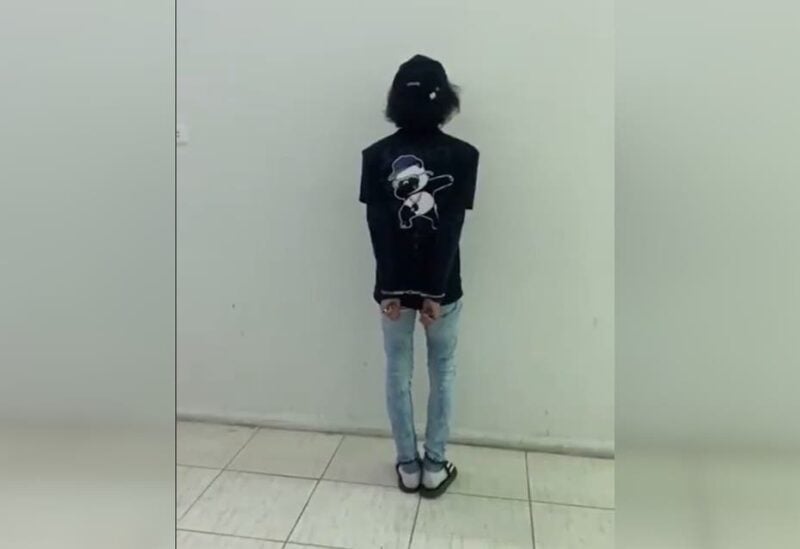 Saudi authorities arrest a national in his 20s after he sexually harassed a female during National Day celebrations. (Screengrab)

Authorities in Saudi Arabia have arrested a man after he sexually harassed a female in the city of Taif during the Kingdom’s National Day celebrations at a public park, the Ministry of Interior announced on Saturday.

The incident was caught on video and went viral after being shared on social media. The victim was seen wearing an abaya, a traditional long loose-fitting dress, when the man, whom authorities identified as a Saudi national in his 20s, approached the female from behind, touched her then hurried away.

According to the Saudi Press Agency (SPA), the man is in custody and initial legal measures were taken against him. He has since been referred to the Public Prosecution.

Following the incident, the interior ministry announced a list of punishments for those who physically or verbally sexually harass others.

Any “word, action or signal” with a sexual connotation made toward another person physically or verbally is considered harassment, according to the ministry.

The jail term increases to five years and the fine up to $80,000 in case of a repeated offense or if the crime is committed under any of the following circumstances:

• If the incident happens during an accident or catastrophe

• If the incident takes place in a school, workplace, shelter or care home

• If the perpetrator and victim are of the same gender

• If the victim is asleep or unconscious