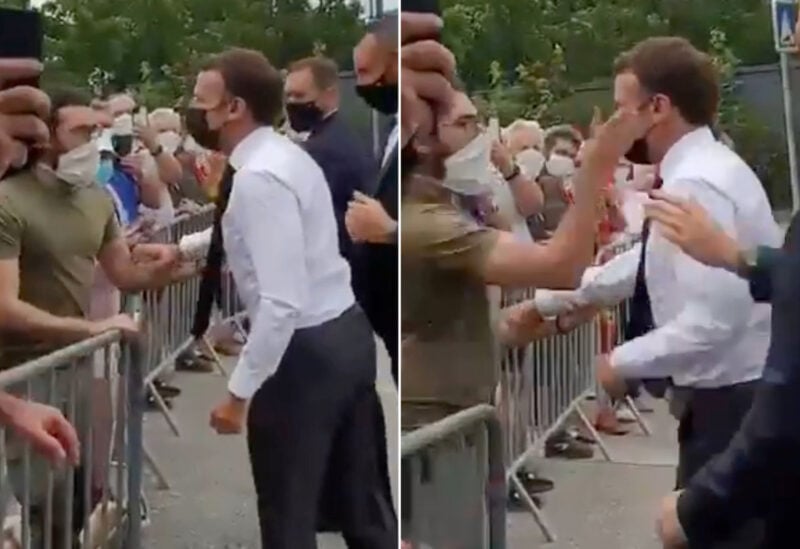 A French police source identified the man who slapped French President Emmanuel Macron in the face as 28-year-old Damien Tarel, with sources close to the investigation saying he ran a club for enthusiasts of medieval swordsmanship and had no previous criminal record.

Tarel is under investigation for assault against a public official, according to the local prosecutor.

Macron was hit on Tuesday during a tour in southern France as he greeted a small crowd of onlookers.

A source close to the probe described Tarel as someone who was “a bit lost, a bit geeky, a bit of a gamer”.

Tarel and a second man were still in police custody on Wednesday, the source added. The charge of assault against a public official carries a maximum sentence of 3 years in prison and a 45,000 euro fine.

The French President said he had not feared for his safety, and continued shaking hands with members of the public after he was struck.

“You cannot have violence, or hate, either in speech or actions. Otherwise, it’s democracy itself that is threatened,” Macron said in an interview with the Dauphine Libere newspaper following the incident.