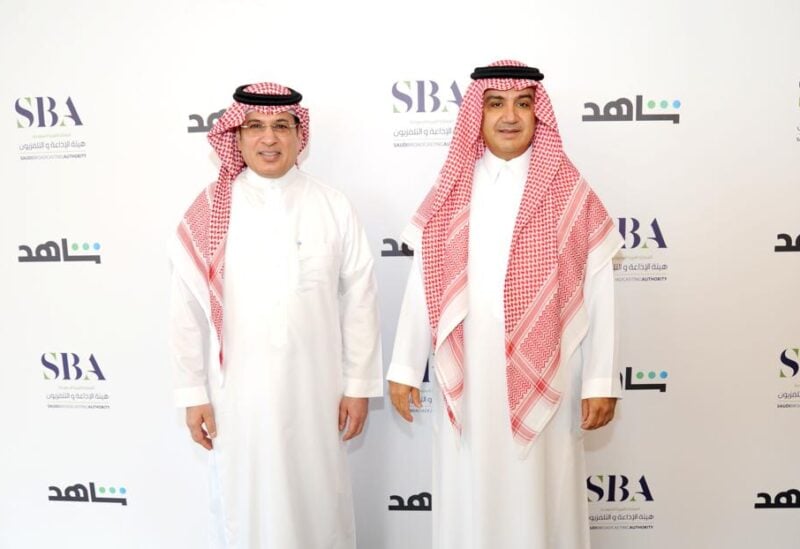 Saudi Arabia’s Radio and Television Corporation signed a strategic partnership with MBC Group on Monday to display its content on the media giant’s streaming platform Shahid.

The partnership will ensure that the corporation’s films, programs, documentaries, and TV series will be displayed on Shahid.

“We are certain that the authority’s qualitative content contributes to enriching the unique media experience that our leading platform provides to the audience of millions of followers, subscribers, and those interested in the Kingdom and abroad,” Sheikh Waleed said in a statement.

The partnership “comes within the framework of conveying the Kingdom’s message, voice and image to the region and the world,” according to a tweet by the Saudi Broadcasting Authority’s (SBA).

Based in Riyadh, the SBA comprises of several Islamic and official TV channels such as the Saudi Channel, SBC, Saudi Sports, and Memories.

MBC Group’s Shahid recorded a 43 percent increase in year-on-year subscriptions to the platform with over two million users by the end of Ramadan in 2021.

Shahid offers exclusive and original Arabic TV shows and movies and is operated by MBC Group, the Middle East and North Africa’s largest media company. The platform was relaunched in January 2020, with activity surging throughout the year as coronavirus restrictions on movement aimed at slowing the spread of the virus prompted customers to turn online for entertainment.

The platform was expanded to territories outside of the Middle East and North Africa region, including the United States and Canada, in 2020 and showcases uninterrupted and ad-free content.