Melbourne extends COVID lockdown; ‘no jab, no job’ in Sydney 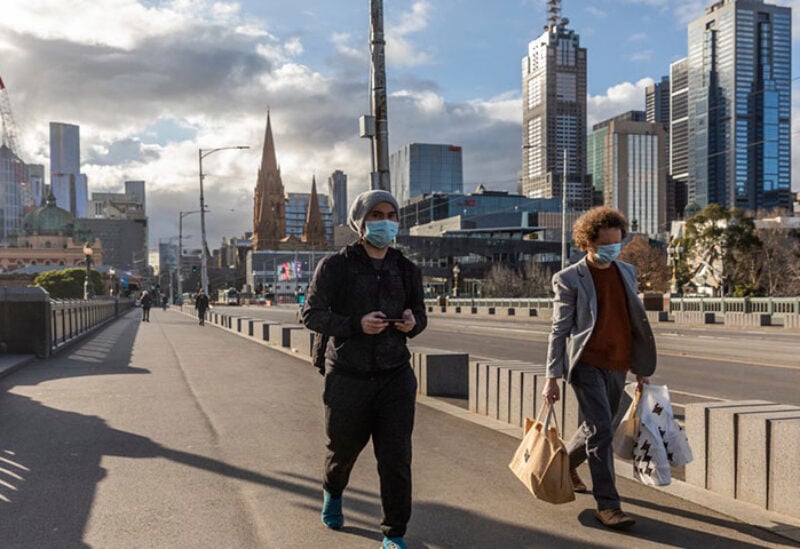 Melbourne was supposed to come out of lockdown on Thursday, the sixth for its five million residents in a series of stop-start battles against the coronavirus, which has also been found elsewhere in the country, causing anger and unrest. Police in Sydney are increasing up lockdown enforcement, but some construction workers are being permitted to return to work provided they have been vaccinated.

Victoria state Premier Dan Andrews confirmed strict stay-at-home orders for Melbourne will remain in place until at least Aug. 19 after authorities were unable to trace how several of the 20 people confirmed as new cases on Wednesday contracted COVID-19.

“If we were to open, then we would see cases akin to what is happening, tragically, in Sydney right now,” Andrews told reporters in Melbourne, referring to an outbreak in Australia’s most populous city that has spread to thousands despite Sydney being in week seven of its own lockdown.

“We have seen a surge in the number of cases and (that is) expected to continue,” New South Wales state Premier Gladys Berejiklian told reporters in Sydney, reporting another 344 new infections in the past 24 hours, close to the city’s single-day record.

Berejiklian said the Sydney lockdown, which has grown to include several areas north of the city, will also be expanded to include Dubbo, a small city about 400 kilometers (248 miles) northwest of Sydney.

The latter is scheduled to remain in lockdown until the end of August. Most expect the restrictions to be extended, despite a recent surge in people seeking vaccinations.

Byron Bay, a popular tourist spot near the New South Wales border with Queensland and nearly 500 miles north of Sydney, was this week plunged into lockdown when a man allegedly drove there with his two teenage children.

Authorities said the man, now hospitalized with the virus, has not cooperated with officials when asked about his movements, and on Wednesday police said they have charged the unidentified man with contravening lockdown orders to stay at home.

Desperate to restart some major employment industries, New South Wales has allowed some in the most-affected Sydney suburbs to return to construction jobs around the city, but they must first be vaccinated.

“I didn’t want to get the vaccine … but I needed to get the jab or I don’t have a job,” said Nick, a 31-year-old man who drives for an engineering company. He declined to give his surname.

Australia has so far fared much better than many other countries in the developed world during the pandemic, with just under 37,000 COVID-19 cases. The death toll rose to 944 on Wednesday after two people, including a man in his 30s, died in Sydney.

But with fewer than 25% of the country fully vaccinated, Australia is struggling to avoid stop-start lockdowns that some warn could tip Australia’s economy, the world’s 13th biggest according to the International Monetary Fund, into a second recession in as many years.

Federal and state governments have committed to ending lockdowns when 70% of the country’s near 26 million population is vaccinated.

Australia’s Treasurer Josh Frydenberg last month said the country’s economy would contract in the current quarter as a result, and a recession would depend on how long the lockdowns last.

On Wednesday Matt Comyn, the Chief Executive of Commonwealth Bank of Australia – the country’s largest lender – said he expects Australia would avoid a recession

“While Australia faces near-term challenges due to the lockdowns we expect growth will simply be pushed back by six months, with the economy rebounding in late 2021 and growing strongly in 2022,” Comyn told analysts.

The curbs have already dented consumer sentiment, which slid to a one-year trough in August, data published on Wednesday showed.