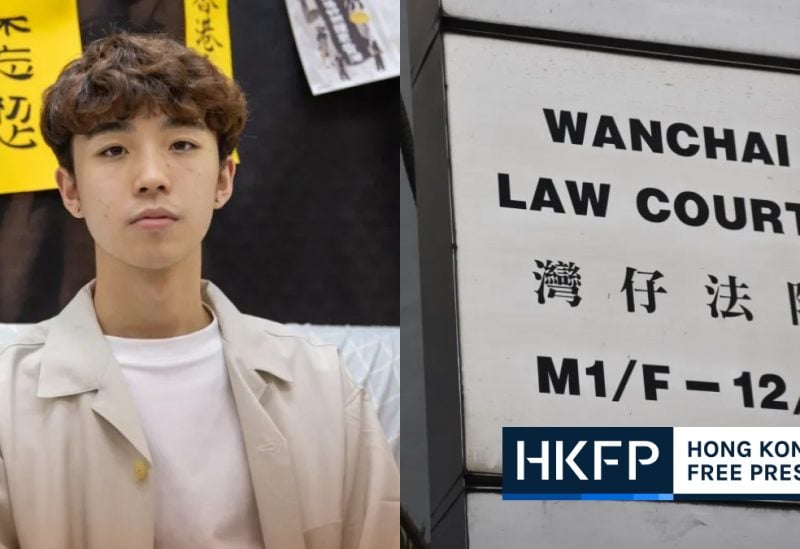 Three members of a pro-democracy student group in Hong Kong were sentenced to up to three years in prison on Saturday for conspiracy to promote subversion after setting up street booths that reportedly called on people to reject the government.

The three, plus one sentenced to a less harsh correctional facility, had pled guilty to different crimes between October 2020 and June 2021 that were found to violate a China-imposed national security statute, including presenting speeches urging members of the public to battle against those in authority.

They had all been in the group “Student Politicism”. Ex-convenor Wong Yat-chin, 21, was sentenced to 36 months; Chan Chi-sum, 21, to 34 months; and Jessica Chu, 19, to 30 months. Alice Wong, 20, was ordered to serve up to three years at a facility called a training centre.

Prosecutor Vincent Lee alleged the group had urged the public to remember the popular protest slogan “Liberate Hong Kong, Revolution of our times”, which could mean separating the city from China, and inciting secession.

The group was accused of calling on people to support 12 youths arrested by the Chinese coastguard for trying to flee to Taiwan by speedboat in 2020, and of not downloading a required government COVID-19 contact tracing app.

“In terms of the effectiveness of incitement, I have noticed that the street stands set up by the defendants are quite popular,” Kwok Wai-kin – a district court judge appointed by the government to hear national security cases – wrote in the judgment.

Kwok said in court that a letter written by Wong Yat-chin from prison before sentencing had called upon people to take certain actions, including “Breathe well, think well, live well, continue to choose and insist on doing the right thing. Let’s walk the unfinished journey with our heads up.”

The national security law punishes acts like subversion with up to life in prison in the former British colony that returned to Chinese rule in 1997.

Some western governments say the law has been used as a tool to crack down on the financial hub’s freedoms and autonomy. China says the law has brought stability after prolonged pro-democracy street protests in 2019.