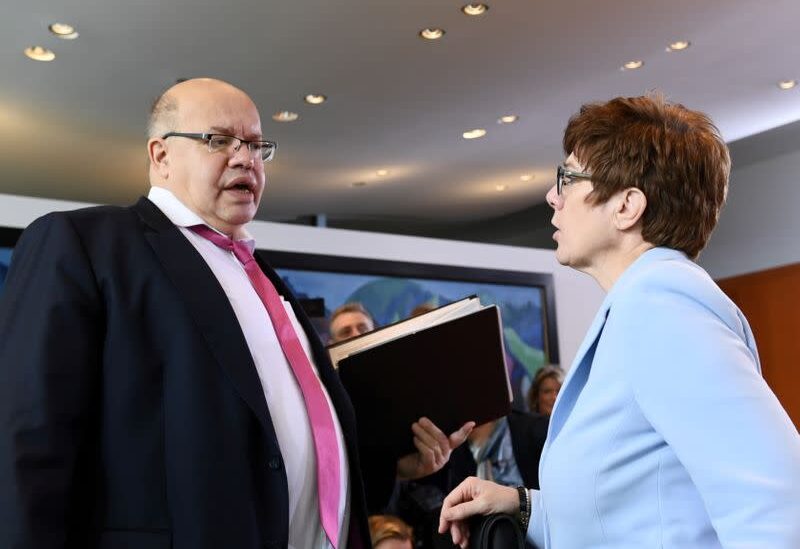 A party leader indicated on Saturday that two of departing Chancellor Angela Merkel’s closest political allies and most senior ministers will resign from the German parliament to allow a new generation to rebuild her conservative party following its election disaster.

The decision by Economy Minister Peter Altmaier and Defense Minister Annegret Kramp-Karrenbauer comes amid escalating infighting within the conservative bloc, which was led to defeat last month by Armin Laschet, another close Merkel supporter.

Tobias Hans, the chairman of Merkel’s Christian Democrats (CDU) in Saarland, the home region of both Altmaier and Kramp-Karrenbauer, made the news on Saturday.

The Greens and the pro-business FDP said this week that they will hold negotiations with the Social Democrats to form a government, putting the conservatives in danger of losing power for the first time since Merkel took office 16 years ago.

While some, particularly in the liberal FDP, would prefer a mathematically conceivable three-way coalition with the conservatives, the CDU’s mounting disarray makes this increasingly unlikely.

“The CDU has to get itself in shape for the future,” Kramp-Karrenbauer, who was briefly and unsuccessfully Merkel’s hand-picked successor as party leader, tweeted. “Peter Altmaier and I want to contribute to this by standing down from the Bundestag.”

The two will remain in their posts until a new government is formed or they are otherwise replaced.

Many activists blame an out-of-touch party leadership for running the 60-year-old Laschet over candidates they believe would have done better, such as Bavarian premier Markus Soeder, as well as a drop in the youth vote, who flocked to the liberals and Greens.

“We must do everything we can to reclaim that younger generation,” said Altmaier, who served as the head of Merkel’s administration for many years.

Laschet requested a party congress this week to debate how the party could be reorganized in the aftermath of its defeat.