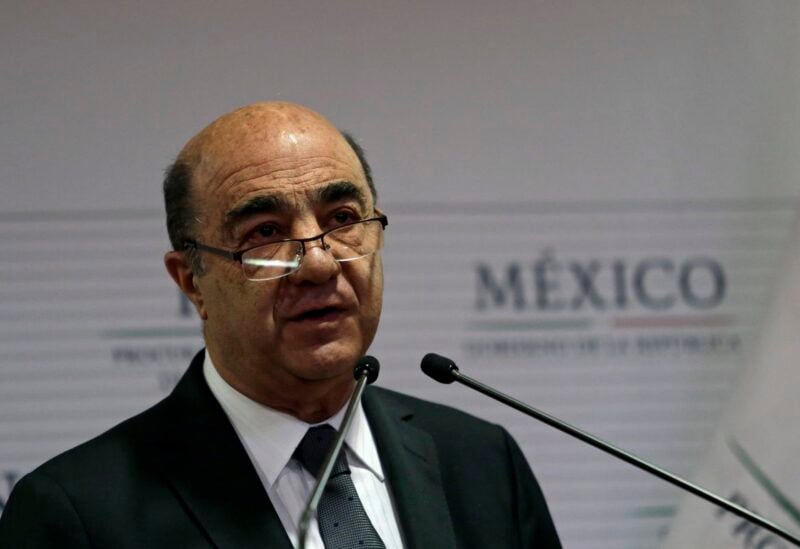 Mexican authorities made the first high-level arrest in the infamous 2014 abduction of 43 students, accusing a former top prosecutor of crimes in one of Mexico’s greatest human rights violations, which current officials have labeled a state crime.

Former Attorney General Jesus Murillo was detained at his residence in Mexico City on charges of kidnapping and disappearance of student-teachers in the southwest state of Guerrero, as well as torture and obstruction of justice.

Murillo was taken to an office of the attorney general and will be moved to a Mexico City jail, authorities said.

Within hours of the arrest, a judge released 83 more arrest orders – for soldiers, police, Guerrero officials and gang members – in relation to the case, the attorney general’s office said.

During Murillo’s 2012-2015 term under then-President Enrique Pena Nieto, he oversaw the highly criticized investigation into the Sept. 26, 2014, disappearance of the students from the Ayotzinapa Rural Teachers’ College.

The remains of only three students were ever found and identified, and questions have haunted Mexico ever since.

International experts criticized the official inquiry as riddled with errors and abuses, including the torture of witnesses. President Andres Manuel Lopez Obrador took office in 2018 vowing to clear up what had happened.

Lopez Obrador’s administration has tried since 2020 to arrest another top former official, Tomas Zeron, including asking Israel last year to extradite him.

When asked about the government’s move to scrutinize the past investigation, Murillo said he was pleased and was open to being questioned, local media reported in 2020.

Murillo was taken into custody wearing black slacks, his hands folded inside the pockets of a gray jacket, as a law enforcement officer with a rifle slung over his chest stood behind, an image published by local media showed.

“What happened? A forced disappearance of the boys that night by government authorities and criminal groups,” Encinas told a news conference.

The highest levels of Pena Nieto’s administration orchestrated a cover-up, Encinas said, including altering crime scenes and hiding links between authorities and criminals.

Murillo took over the Ayotzinapa case in 2014 and dubbed the government’s findings the “historical truth.”

According to that version, a local drug gang mistook the students for members of a rival group, killed them, incinerated their bodies in a dump and tipped the remains into a river.

A panel of international experts picked holes in the account, and the United Nations denounced arbitrary detentions and torture during the inquiry.

The “historical truth” eventually became synonymous with the perception of corruption and impunity under Pena Nieto as anger mounted over the lack of answers.

Murillo, who had previously been a federal lawmaker and the Hidalgo state governor, resigned in 2015 as criticism mounted over his handling of the case.

The lawyer for the parents of the Ayotzinapa students, Vidulfo Rosales, urged the government to make more arrests.

“There’s still a lot left to go before we can think this case has been solved,” Rosales told Mexican television.