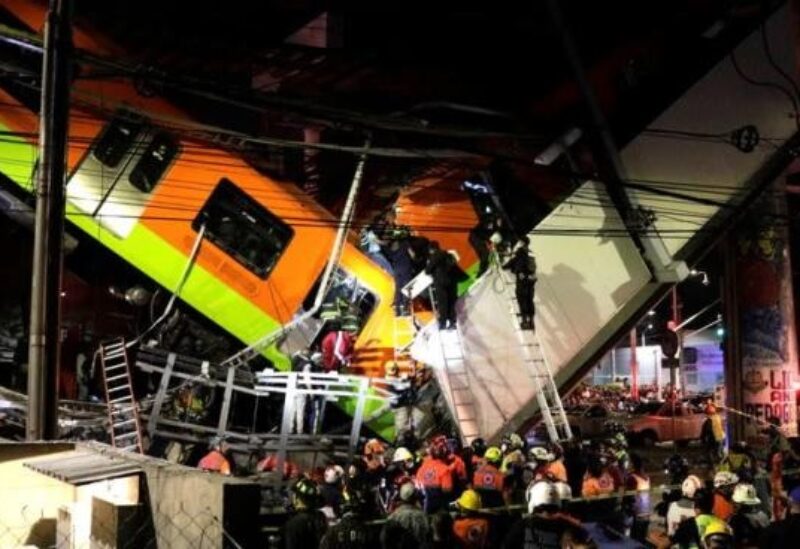 The government affirmed on Tuesday that Mexico will identify who has to be held accountable for the collapse of the overpass that killed 23 people at least and wounded dozens more by the railway on Mexico’s latest metro system.

Mexican President Andres Manuel Lopez Obrador confirmed that the investigation shall be completed as soon as possible and ensured that they will reveal everything to the public.

The President affirmed during a news conference that “there’s no impunity for anyone.”

The crash has left questions regarding safety on one of the world’s busiest metro systems, which spreads across an urban sprawl home to over 20 million people. The city has been governed since the turn of the century by former mayor Lopez Obrador and his allies.

Firefighters using heavy chains to stabilize the site pulled bodies and survivors from the wreckage. Some 79 people were injured, including three children, and survivors were taken to nearby hospitals in the south of the capital, city authorities said.

Video on social media showed the moment when the overpass plummeting onto a stream of cars near the Olivos station in the southeast of the city at around 10:30 p.m. (0330 GMT on Tuesday), sending up clouds of dust and sparks.

Monserrat, 26, said she was at the back of the train wagon when she heard a loud noise and the lights went out.

“Everybody screamed and we fell on top of each other, I was thrown on top of everybody, I fell on everybody,” she told Mexican radio, speaking from the Belesario Dominguez hospital where she was receiving treatment for an injured rib.

Workers on Tuesday hoisted one of two train cars dangling from the bridge using several tall cranes and slowly lowered it close to the ground. Twisted pieces of metal could be seen inside.

Investigations will be carried out by both the attorney general’s office and an external auditor, the government said.

In 2020, two trains collided on another line of the network, killing one person and injuring dozens.

Lopez Obrador was mayor of the city in the early 2000s, and current mayor Claudia Sheinbaum and Foreign Minister Marcelo Ebrard, who was mayor when Linea 12 was built, are both senior members of his political movement.

In 2014, just two years after it opened, several of the line’s stations were closed for repairs of structural problems.

CCICSA said in a statement to Reuters it stood in solidarity with victims’ families and those who were injured. “We are going to wait for the official expert opinion,” the company said.

Alstom and ICA did not immediately respond to requests for comment.

“We never had much faith in this metro,” line said Maria Concepcion, 62, who heard the accident from her house two blocks away, and recalled that for years there had been warnings about the humid soil being unfit for major construction.

Sheinbaum said it appeared a girder had given way on the overpass, which she said had been inspected last year. She said the attorney general’s office and an external company would be involved in the investigation.

Ebrard said it was the “most terrible” accident to have hit the local transport system, and said he was ready to cooperate with authorities in the investigation.