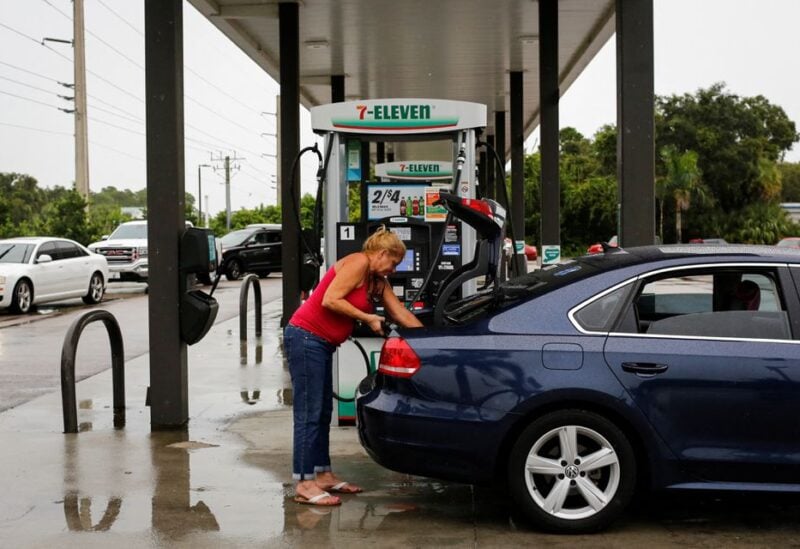 A woman fills up a container with gasoline at a gas station as Hurricane Ian spins toward the state carrying high winds, torrential rains and a powerful storm surge, in Port Charlotte, Florida, U.S. September 27, 2022. REUTERS

Residents of Florida’s Gulf Coast boarded up their houses, packed their vehicles, and fled to higher ground on Tuesday as Hurricane Ian approached, threatening to unleash a fatal storm surge and more than a foot of rain to certain regions.

Ian rumbled over the southeastern tip of the Gulf of Mexico on its way to Florida after smashing into Cuba earlier in the day, knocking out electricity, causing mass evacuations, and flooding fishing communities.

More than 2.5 million Floridians were under evacuation orders or warnings with the sprawling storm on track to make landfall as a Category 3 or Category 4 hurricane on Wednesday evening somewhere along Florida’s Gulf Coast.

The National Hurricane Center (NHC) predicted that Ian would make landfall south of Tampa around Sarasota. That region, which has miles of sandy beaches, hundreds of resort hotels, and a plethora of mobile home parks, is popular with seniors and visitors alike.

“I know I should be afraid of this one, but I’m too busy. I just know we have to get going “said John O’Leary, a jazz pianist from Tampa, as he and his wife put food, water, and family photographs into their car before driving 25 miles (40 kilometers) west to his mother’s house in Palm Harbor.

Parts of central Florida could see as much of 2 feet (0.6 meter) of rain from Ian, according to the National Weather Service. The NHC also issued extensive storm surge warnings for about half of western Florida’s shoreline, with predictions of life-threatening coastal flooding up to 12 feet from wind-driven high surf.