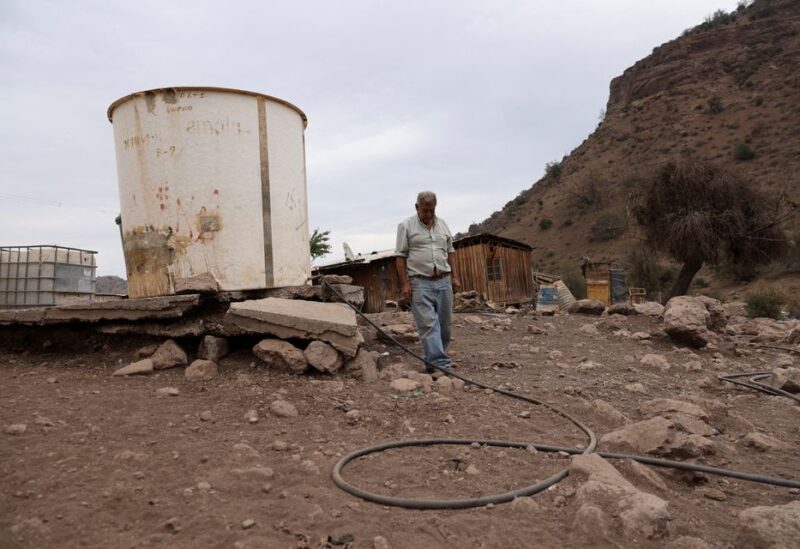 Segundo Aballay, 75, a rancher, walks next to a water container used for his animals at Montenegro in Santiago, Chile April 21, 2022. "If it doesn't rain this year we will be left with nothing to do," Aballay said. "The animals are getting weaker and dying day by day." REUTERS/Ivan Alvarado

Antofagasta reported a decline in half-year earnings as the miner’s production of copper was hampered by increased costs, lower grades, and an ongoing drought in Chile.

It announced that it would reduce its interim dividend from a record 23.6 cents per share last year to 9.2 cents, joining other miners Rio Tinto and Anglo American in reducing rewards following last year’s windfall.

Mining firms have also warned about future returns on fears that slower growth or recession in key markets could dent commodity demand in the next few months.

The company’s London-listed shares opened 2.2% lower, underperforming most of its peers.

Antofagasta’s profit surged to its highest ever in 2021 when copper prices reached record levels, allowing it to make a record shareholder payout of $1.4 billion for the year.

“We expect the remainder of the year to look very different from the first half – as production improves quarter-on-quarter,” Chief Executive Iván Arriagada said.

The FTSE 100 company operates four copper mines in Chile, the world’s no. 1 producer accounting for 30% of global output, and no. 2 producer of battery metal lithium.

The South American country faces a water crisis due to a drought that has lasted more than a decade, hitting mining output.

The miner increased its cost estimate for its Centinela concentrator expansion to $3.7 billion from a 2015 forecast of $2.7 billion and said it will decide whether to proceed with it in early 2023.

“Higher capex forecasts for Centinela provide a further complication for an equity that is already navigating the current uncertainty on mining tax reform and the Chilean constitutional referendum,” Tyler Broda at RBC Capital Markets said.

Chile will vote on a new constitution on Sept. 4, while a tax reform bill proposes increasing copper royalties on firms mining more than 50,000 tonnes a year.