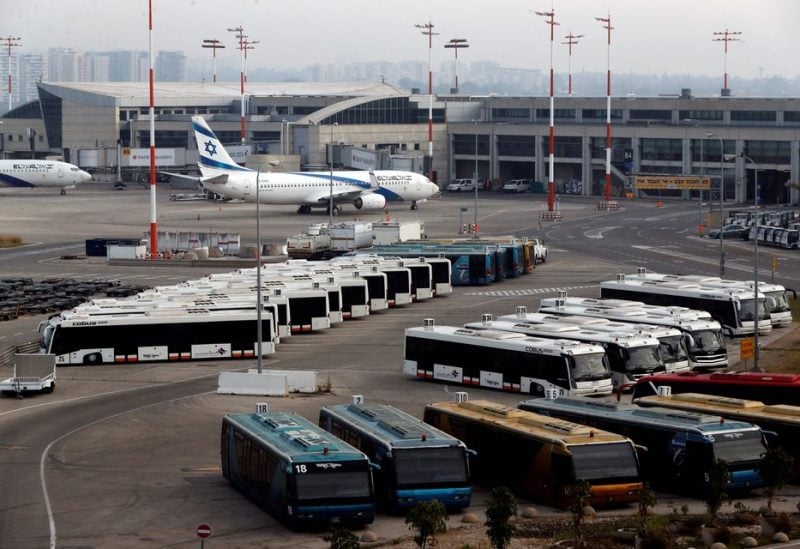 An Israeli flag carrier El Al Airlines plane is seen on the tarmac as Israel's airport authority announced a pilot programme revealing what passengers leaving Israel should except as air travel gradually returns to normal after weeks of bare minimum flights due to the coronavirus disease (COVID-19) outbreak, at Ben Gurion International Airport, in Lod, near Tel Aviv, Israel May 14, 2020. REUTERS/Ronen Zvulun/File Photo

Authorities claimed that a Palestinian car thief was traveling to Israel’s main airport when he rammed past a checkpoint, triggering a security alert. They claimed that this was not an attack attempt, but rather the product of the car thief’s bad navigation.

Social media users shared a video of people in the departure terminal of Ben Gurion Airport huddling next to their bags as instructions were broadcast over loudspeakers.

Police said the suspect, a Palestinian in Israel illegally from the occupied West Bank, arrived at the airport checkpoint in a stolen car and raced through toward the main terminal. During a brief pursuit, he was shot and arrested.

It was at least the fifth such incident in recent months, an Israel Airports Authority spokesperson said.

As in previous cases, the suspect was believed to have taken a wrong turn off the main Tel Aviv-Jerusalem highway, Israeli officials said. That meant his attempted getaway accidentally brought him to one of the country’s most protected facilities.

“It happens almost every week,” a police spokesperson said.

Tensions are high amid a surge in street attacks in Israel and military raids in the West Bank. The violence has contributed to the rise of far-rightists likely to play significant roles in the incoming Israeli government.